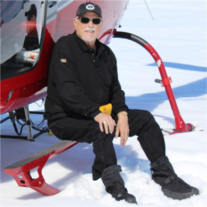 Robert John (“Bob” or “Whiz”) Wisniewski, aged 77, passed away peacefully in his home on March 9th, 2017. A memorial mass will be held at St. Kilian’s Catholic Church in Mission Viejo at 10:30 AM on Friday, March 24th. A gathering to celebrate his life with family and friends will occur immediately after the mass at the family home.

Bob was born May 10th, 1939 in Wilmington, Delaware. His parents, John and Marcella Wisniewski, preceded him in death. He is survived by his devoted wife of 58 years, Betty; his daughters and sons-in-law Sharon and Robert von Maier and Renee and Robert Dake; his granddaughter, Lauren Dimery; his sister and brother-in-law, Janice and Gerald Pinkerton; and his many nieces, nephews, cousins, friends and colleagues.

Bob graduated from Salesianum School in Wilmington, DE and then studied pharmacology at the University of Maryland, where he met his wife, Betty (Harris) who was attending nursing school. After short stints at Atlas and Dupont, Robert soon embarked on a career of 38 years in the Wire & Cable Division of W. L. Gore & Associates, a job that led him and his family cross country first to Dallas, TX for 8 years, and then to Southern CA as of 1976. It was as a successful salesman and regional leader that he earned his moniker, “Whiz”.

Bob enjoyed watching all kinds of sports (especially his Dallas Cowboys!), landscaping and gardening, golf, fishing, and vacationing with his family in Hawaii, Alaska, Palm Springs and Las Vegas. He loved his little dog, “Cricket”, who usually accompanied him in his self-appointed role as the neighborhood watchman. Bob was an extremely outgoing and social man who could talk to and befriend anyone! In his earlier years, he was known for his extravagant parties – especially around the holidays! – always accompanied by good food, drink, and Polka music!

Though poor health forced Robert to retire earlier than he had hoped and wanted, he continued to carry on his position as “head of the family” and “mentor/sponsor” to his family members and friends, as well as to dozens of former colleagues. He took great pride in all the accomplishments of his family and in those he mentored over the years! His generous support, sage advice, and continuous encouragement will be missed by all.