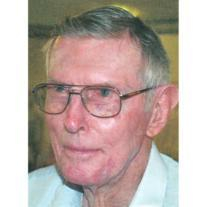 Robert John Fagan (affectionately known as Bob) was the 7th born of 9 children in Lyndon Station, WI on 10/3/27. He grew up there and spent 2 years in the army in Korea from 1946 – 1947 right after attending Catholic high school.

After the military, Bob moved out to sunny Southern CA (San Gabriel) with his family. While in college he met his wife, Lillian, at a Big Band dance in Pasadena and they married 5 years later in 1955.

Soon after they moved to Sacramento on a job transfer. There he worked in sales management in the Ford automobile industry for 30 years. He and his surviving wife raised 3 surviving children, Kathryn and Patricia (twins), and son Thomas Fagan. They have four grandchildren.