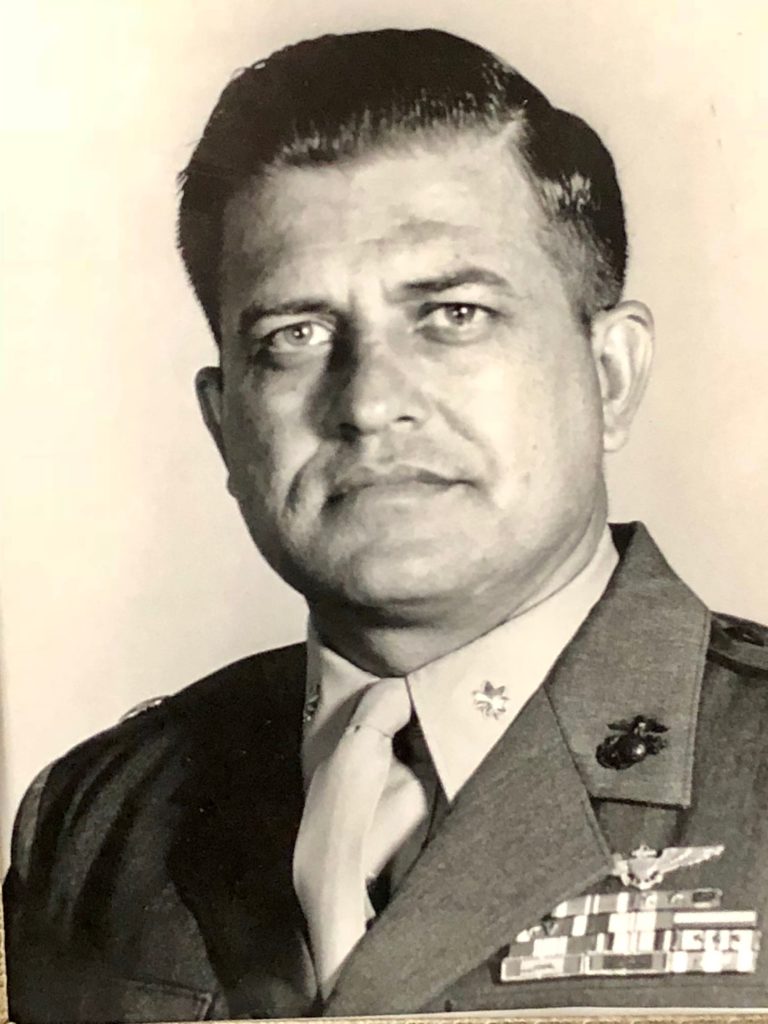 Robert William Hein, Jr., fondly known as Bob to most and Coach to many, passed away on August 22, 2020 in Mission Viejo, California at the age of 80. Robert was born in San Juan, Texas in 1939 to Robert and LaVelle (Sturgeon) Hein. After graduation from Pharr-San Juan-Alamo High School, Robert enlisted in the United States Navy for three years and worked as a sonarsman until 1961. While at Sul Ross State University earning his Bachelor of Arts Degree in History, he married his love, Sandra Lewis, in 1962 in Alpine, Texas.

After Robert and Sandra moved to El Paso, Texas for his job, Robert decided to follow his passion to fly, and was commissioned Second Lieutenant in the United States Marine Corps in 1964. During his military career, Robert flew helicopters and aircraft including the UH-34D Sea Horse, the T-28B Trojan, the OV-10A Bronco, and the CH-53A/D Sea Stallion. Robert served three tours of duty in Vietnam flying over seven hundred combat missions, earning the Distinguished Flying Cross, our nation’s fourth highest award for bravery, 28 Air Medals with two Gold Stars, and the Navy and Marine Corps Commendation Medal with two Gold Stars and a Combat “V”. Robert completed his Master of Business Administration from Webster University prior to retiring as Major in the United States Marine Corps in 1980.

Robert joined McDonnell Douglas Corporation in 1982, where he was known as “Robber Bee” and “The Ultimate Missile Mother” for his work delivering 41 Titan IV Payload Fairings and his on-time deliveries. The U.S. Air Force awarded Robert multiple civilian commendations for his work on the Titan IV Missile Program during his tenure. He retired in 2006.

Robert enjoyed fishing, watching movies, especially Westerns and those starring John Wayne, reading Louis L’Amour, and all things history. Robert had a passion for football as an avid Dallas Cowboys fan and a coach for over thirty years of Jr. All American Football teams, high school teams at East Side Christian High School and Dana Hills High School, and the professional team Orange County Breakers with the National Football Women’s Association.

Services will be held Saturday, August 29, 2020 at 2:00 p.m. at O’Connor Mortuary in Laguna Hills, California. Interment will be at Coastal Bend State Veterans Cemetery in Corpus Christi, Texas. In lieu of flowers, donations may be made to Fisher House Foundation, www.fisherhouse.org.