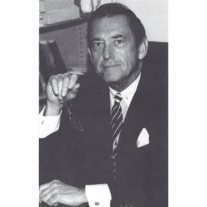 Parks, Robert H. Ph.D.- Robert H. Parks, passed away on Sunday, February 9th in his home in Laguna Niguel, California surrounded by his family. He was 89 years old. He spent most of his life living in Westchester County, New York, Short Hills, New Jersey and New York City.

Robert was born on September 20, 1924 in New Orleans, son of the late Charles and Amelia Parks.

Robert earned his A.B. degree in economics from Swarthmore College in 1949. He received his master’s degree and Ph.D. in economics and finance from the Wharton School, University of Pennsylvania in 1958. In this time period, he married the love of his life, the late Inta K. Miele.

In 1980, he formed Robert H. Parks and Associates Inc., where he served as managing director and chief economist for over thirty years. During this time, he wrote The Money and Capital Markets Monitor for institutional investment officers, graduate students, faculty and the press.

Dr. Parks was an experienced professor who began his teaching career in finance at the Wharton School, University of Pennsylvania. He continued on to hold professorships at Rutgers University, Baruch College and the Lubin Graduate School of Business, Pace University.

Dr. Parks was an accomplished author who wrote The End of Capitalism: Destructive Forces of an Economy Out of Control (2011), Unlocking the Secrets of Wall Street (1998) and The Witch Doctor of Wall Street (1996), all published by Prometheus Books. He was co-author of Financial Institutions and Markets (Prentice Hall, 1970). He also published some 30 peer reviewed articles on finance and investment. He was working on his last book titled The Last Fairytale, which is unfinished.

A Celebration of Life service is scheduled on Saturday, February 22nd at 11 a.m. at Saint Michael and All Angels Episcopal Church in Corona del Mar, California.

The family request that in lieu of flowers, memorial donations be given to: Burke Rehabilitation and Research, www.burke.org Research program, stroke research or Mission Hospital, www.mission4health.com Neuroscience and Spine Institute or SmileTrain PO Box 96231 Washington, D.C. 20090.