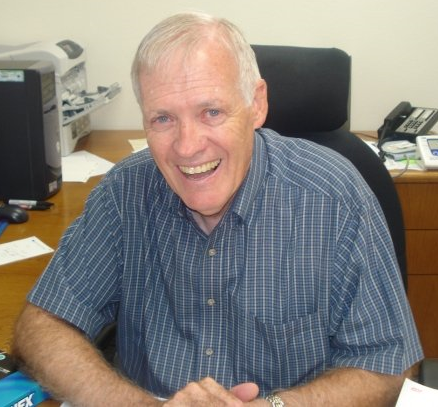 Robert “Bob” Fredric Harrington, Sr, peacefully passed away from complications due to aspirational pneumonia on February 19, 2022, shortly after his 83rd birthday, surrounded by his children.

Bob was born on February 10, 1939, in Los Angeles, California. He graduated from Dorsey High School in Los Angeles, class of 1956, never missing a High School reunion. Bob went to college starting at UCLA and moving on to USC where he received his accounting degree.

Throughout his life everyone who met Bob almost instantly became his friend. He had numerous lifelong friends; some of his friendships going all the way back to his elementary school days.

Bob served for a brief time in the US Army. He never felt worthy enough to be considered a soldier as he never engaged in combat, but he was still a hero to many.

Bob dedicated himself to a career as an accountant. He could calculate numbers on a 10-key machine almost faster and more reliably than on a computer spreadsheet. His first job after college was with Price Waterhouse. He then moved to a staff accountant position with SWECO (an industrial manufacturing firm) in the early 1970s until finally going into private practice for himself and becoming a Certified Public Accountant in the early 1980s. He retired and sold his practice in 2020 (right after tax season.)

Bob was a proud, kind, exceptionally smart and generous man, loving father, and loyal friend. Bob’s passions included fishing, playing piano (for which he was gifted in life with perfect pitch and played completely by ear), racquetball, for a time long-distance running, and spending time with friends and family.

A proud lifelong Southern California resident, he was a big sports fan and loved to go to local sporting events to watch the Dodgers, Lakers, Angels, Rams, and his beloved USC Trojans, play.
One of Bob’s most endearing qualities was his infectious, exuberant laugh and hilarious sense of humor. He made everyone feel right at home in his presence and treated everyone he met like family. Many of his long-term clients became some of his dearest friends.

Our loss is heaven’s gain. We are filled with incredible gratitude to have had such a phenomenal man to share our lives with for so long. We will cherish the memories and continue to lovingly hold him in our hearts.