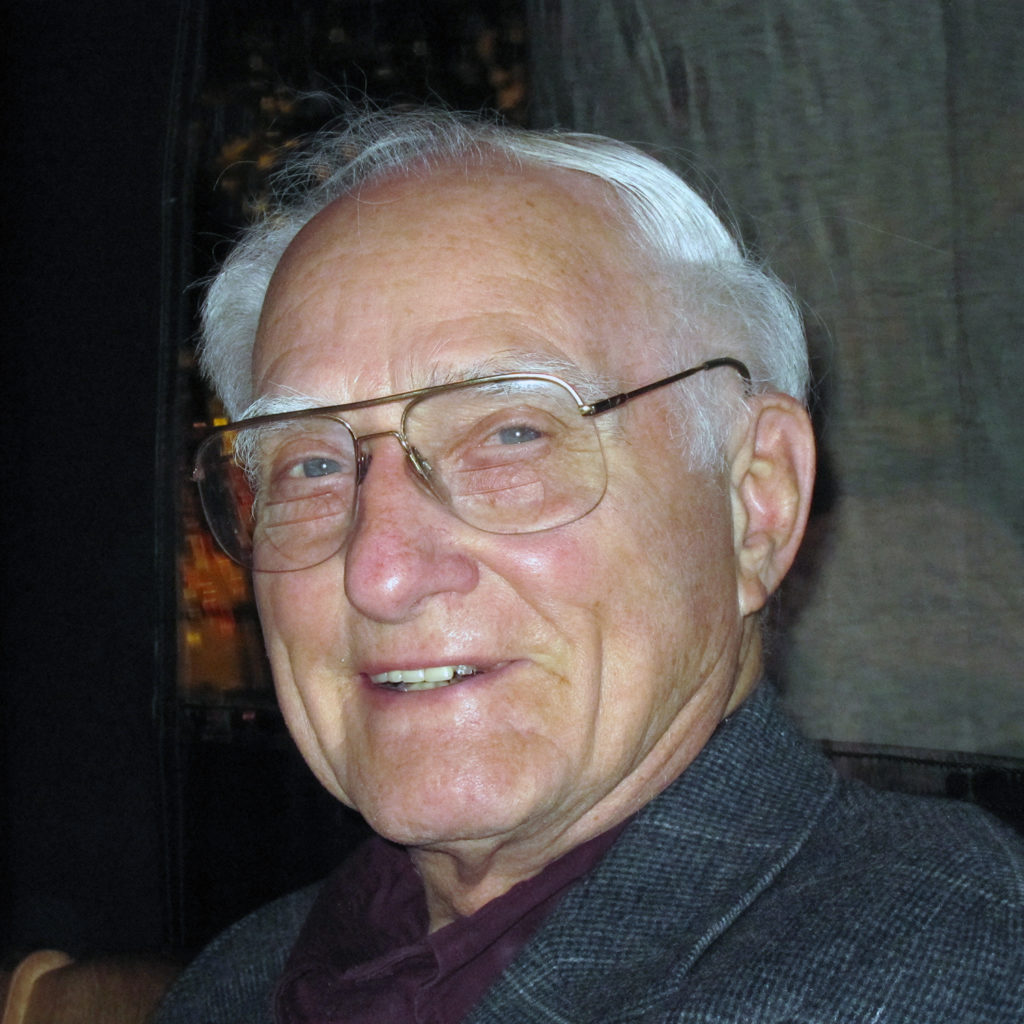 Dr. Robert Eugene Harrison, age 98, formerly of Mission Viejo and Rancho Palos Verdes, California, and most recently of Laguna Hills, California, passed away peacefully early on the morning of Thursday, February 10, 2022, at his home.

Robert Harrison will be remembered for his love and devotion to Jesus Christ, his gentle spirit, his sensitivity and compassion for others, his quick wit, his charming smile, his willingness to help anyone in need, and his amazing intelligence and capabilities. Friends affectionately referred to him as “Doc Bob” or “Bob” and his relatives sometimes lovingly called him “Bobby.” His grandchildren fondly called him “Granddad,” “G-Dad,” or “Grand-dude.”

Bob was born on June 25, 1923, in Kansas City, Kansas. Bob excelled in academics and had an extremely curious mind. Robert Harrison spoke of feeling that God’s hand was always on his life. Bob’s interests extended from weather, botany, and chemistry, to languages, the sciences, and mathematics.

Bob loved to talk about his work and interests to anyone interested. In 1941 Bob enlisted in the Army Air Forces, precursor to the U. S. Air Force. Initially, the Army sent him to study meteorology at the University of California, Berkeley and later Salt Lake City. While in Utah, he applied to and was accepted into the Army Specialized Training Program (ASTP). This took Robert to Manhattan, Kansas, then to Oakridge, Tennessee, a newly built city that became part of the Manhattan Project.

In eastern Tennessee Bob met his future wife Joann, who, like him, worked as an electrical engineer on the Manhattan Project. They married in 1946. Bob and Joann went on to enjoy 57 years of life together until Joann’s passing in 2003. They enjoyed many activities together, including making ceramics, creating jewelry, hunting for gems and minerals, traveling around the United States with their three sons, going on cruises and tours, and being amazing parents and grandparents.

Following the end of World War II and their marriage, they moved to Martin, Tennessee, then Manhattan, Kansas, where they both finished their bachelor’s degrees and Bob earned a Master’s degree in Mathematics. In the early 1950’s they moved to Indiana where their first two sons were born and Bob earned a PhD at Purdue University. The family then relocated to Southern California where he pursued a career in Aerospace.

Robert was employed by various aerospace companies during his career and worked on such projects as the MACE Missile, calculating the landing sites for U.S. Astronauts, developing the collision avoidance radar used today in automobiles, and incorporating Stealth technology for aircraft including the B-2 bomber. Bob’s work also played a key role in highlighting the dangers of conducting nuclear tests in space.

When Joann suddenly died in 2003, Bob moved to Mission Viejo, California, where he lived until just before his death. During that time, he found a renewed sense of purpose in serving God and others. In addition to serving as present of the Computer Club for several years in his retirement community, he also served as an usher and greeter at his church, Coast Hills Church in Aliso Viejo, California. Bob faithfully served several times a month as a volunteer with the Coast Hills Church Food Pantry. He loved to talk to and assist people in need both in the church and wider community. Bob’s compassion extended to everyone, and he volunteered with the Saddleback Church HIV & AIDS Initiative and even walked in the Orange County AIDS Walks as well as other charity walks.

Bob was a voracious reader of Christian theology and history and anything scientific.  He studied languages, and solved advanced mathematical and scientific problems that have remained unsolved for decades. Much of his studies were a continuation of work that was begun during his PhD work in the early 1960’s.

A memorial service was held on February 19, 2022. The service was recorded and can be viewed on the following website:  https://boxcast.tv/view/memorial-174957.