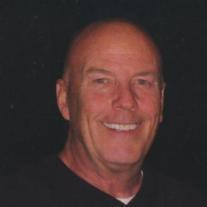 Loving husband, son, brother and father, Robert Edward Wolf passed away suddenly the morning of Wednesday, December 26th in his beautiful Southern Californian home at the age of 58.

He is survived by his wife Colleen, daughter Jennifer, two sons Jon (Jill) and Charlie, his father Robert and two sisters Barbara (John) and Linda (Ken), his stepson and daughter-in-law Bryan and Kristin Kimmel, his two granddaughters Brooklyn and Brinley as well as his brother and sisters-in-law Mike and Debbie Devereaux with all his many nieces and nephews. He was proceeded in death by Rita Wolf and Carmen Moreira Wolf.

Robert will always be remembered for his immeasurable display of love for both family and friends who were considered, through his eyes, to have been an invaluable part of his life.

Born in Evergreen Park, Illinois Bob enjoyed a youth in the Mid-West filled with family, friends and sports especially baseball and ‘Da Bears!’ Relocating to Southern California in the late 70’s, Bob pursued a successful and fulfilling career in business as product manager for several electronic based corporations, most recently with Orange County based company, Thales, as Director, ASW IFE Operations. In spite of frequent business travel, Bob’s favorite moments were spent enjoying time at home with his loving wife, children, family, friends and many, many pets. Bob will be missed by all he touched and always remembered.