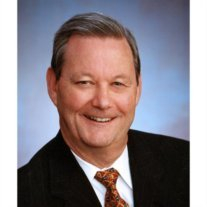 It is with great sadness that we announce the death of Robert “Bob” Thomas on April 18th from a Sepsis infection. Bob was born in Tuscaloosa to Robert N and Opal Thomas and raised in Oxnard CA. He graduated from USC and Southwestern School of Law. He was first an LA City Attorney and then, after moving to Orange County, a Deputy District Attorney, Presiding Judge of the Orange County Municipal Court, and later Judge of the Orange County Superior Court. He accomplished many things during his career, including streamlining the Juvenile Court system. He also taught thousands of law students during his tenure at Western State University School of Law. After retiring from the bench in 2001, he joined JAMS, mediation and arbitration provider, where he built a successful ADR practice. He loved his work and he loved biking with his friends, playing with his grandkids and traveling the world. He had a positive impact on everyone he touched.

Friends and family are invited to a celebration of his life, to be held at his home on Saturday, April 27th, between 3 and 6 PM.

Bob, to your father you will always be his best buddy, to your sons and daughters-in-law their rock, and to me, your wife, the very best part of my life. You have been so loved and you leave such a hole in all our hearts.

In lieu of flowers, his family suggests donations be made to Dr. Thomas Ahlering’s proposed chair in Urological Oncology. For donation info please call Lydia at 714-328-6959.