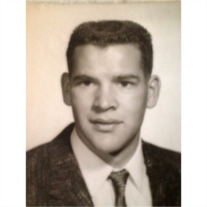 Robert (Bob) David Cohn, age 74, passed away in his sleep on Thursday, August 4, 2016, the day of his 74th birthday. Bob spent his final weeks surrounded by family and saying his goodbyes.

Bob was a knowledgeable man and held two Masters degrees. He taught Economics at Cal State Los Angeles and his second career was working in Management Informations Systems for the Orange County Transit District. After retirement at age fifty, Bob spent his time officiating for local Orange County sports leagues, traveling with Bridge tournaments and spending time with family. His love for sports was fluid throughout his entire life.

Bob is survived by both his siblings, four children, twelve grandchildren, seven great-grandchildren, and many other close nieces, nephews, cousins, family and friends.

The family is holding a private service and spreading of his ashes. In lieu of flowers memorials may be made to http://moresoccerformorekids.org/.