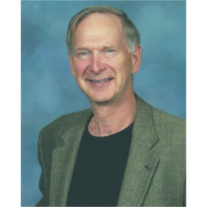 Bob was born in Defiance, OH and lived in the family home on Jefferson Avenue with his mother (Juliana; maiden name: Keber) and two brothers (John, Father Charles (PIME Missionary)). When Bob was a young boy, his father John passed away and his mother raised the boys on her own. Bob had many fond memories of growing up in Ohio as well as spending summers in Nebraska helping out on the farm of their Aunt Mary and Uncle Fred and their cousins.

After completing high school, he graduated from the University of Notre Dame with a B.S. in Electrical Engineering before moving on to the University of Wisconsin where he earned his M.S. and Ph.D. Throughout his career, he worked at Ford, Ford Aerospace, Loral and Lockheed Martin working on projects ranging from the development of batteries for electric cars to lasers.

He met the love of his life, Grace (Mastri) on a bus trip while still an undergraduate at the University of Notre Dame. In Bob’s own words: “Roomed with the most unlikely friend-Roger Oswald of Cleveland, Ohio. He was in accounting and had a million friends. Was a very good influence to balance my serious side. And I met Grace as a result of his typical friendly, outgoing behavior. We were on a bus heading to South Bend for the evening following a home game, and these two girls were without dates next to us. So he picks up a conversation-and Grace and I got married (somewhat later, of course.)”

Bob was involved in many activities before and through his retirement. He had a great love of working outdoors on his yard and garden as well as “puttering” around the house. He was also very active in the community where he volunteered his time working with South County Outreach, Knights of Columbus, St. Vincent DePaul Society, and his church.

Kind, compassionate and a gentle spirit – these words come to mind when describing Bob. Incredibly smart, witty, inquisitive and full of life – these do too. To those of us who knew and loved Bob, Dad, “Papa Bob”, he will always be considered the exemplary husband, a committed and present father, an extraordinary grandfather, and gentleman of the highest order. Want to learn how Fukushima will affect the fish you’re eating? Carve a pumpkin with power tools? Make the perfect lemonade? Hang your own crown molding? Papa Bob could help.

Bob is survived by Grace, his wife of 58 years and children Dan, Kathy, David and Michael and their families (13 grandchildren, 3 great-grandchildren). We are forever grateful for the memories we have and the impact you have had on all of our lives. We miss you every day but are happy that you have joined the angels in heaven to spend your eternity in the love and light of God.