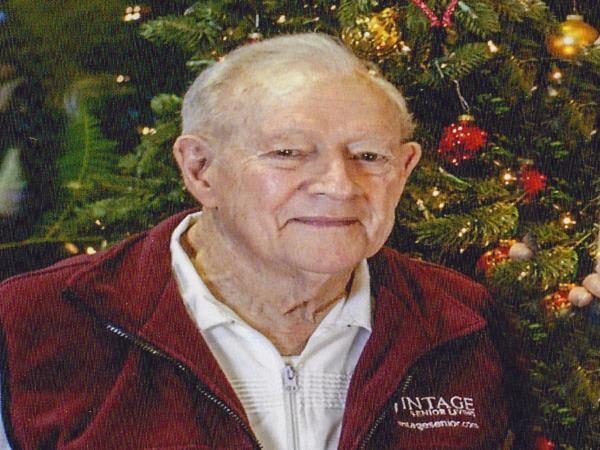 Robert Aubrey Miller, Jr. passed away Thursday afternoon, May 7, 2015 at the age of 82. He was a graduate of the University of Alabama, served as a Captain in the United States Army, and was a retired industrial chemical salesman.

In lieu of flowers, the Miller family requests donations to the Kim A Fischbach Memorial Foundation at www.realworldimpact.org/getinvolved in memory of Aubrey. This foundation, which greatly serves those in need, is one that Aubrey believed in and supported since the passing of his son-in-law Kim.

Aubrey Miller was born in Meridian, Mississippi on August 5, 1932, and grew up with his sister Melwyn in Selma, Alabama. Being quite athletic, sports were important in his life and he excelled in both football and golf in high school and was sought after to go professional. Instead, he chose military service and family life. In 1952 he married his high school sweetheart, Annabelle, and they had four children, Leigh, Kim, Robyn, and Aubrey. He was also the proud grandfather of 3 grandchildren, Stacey, Joshua, and Sterling, and 5 great-grandchildren, Keira, Kaiden, Teagan, Brayden, and Bralon.

After high school Aubrey went to the University of Alabama where he held various leadership roles, was on the Dean’s list, and was a distinguished military graduate. He graduated in 1950 with a BS in Chemistry. After graduating from college with 4 years of ROTC training in the Honor Guard, he spent his military duty time at Ft. Monmouth, New Jersey, where he was a 2nd Lieutenant in the Signal Corp of the Army. He was chosen to be the Aide-de-Camp to the Brigadier General who was Commandant of the Signal Corps and spent 18 months serving in that position. After his 2 years of active duty he spent 10 more years in the active reserves before retiring with the rank of Captain.

In 1956 Aubrey’s business career began and he worked as an industrial chemical salesman specifically dealing with thermoplastics and epoxy resins for this division of the Shell Oil Company. He spent time in New York City, Chicago, Cleveland, and Cincinnati. He found Cincinnati to be his favorite city because he worked there the longest, there were very friendly people there, and three of his children were born there. After 28 years with the company he retired.

In 1970, he moved the family to California where he lived in Mission Viejo until just 2 years ago. During these last 2 years of his life, Aubrey lived at his Las Palmas Assisted Living Facility where he enjoyed getting together with friends and sharing his life with others. He began attending Saddleback Church in early 2014 and was eager to share his Christian faith with people he knew. After a long and rich life, Aubrey went home to be with The Lord Thursday, May 7, 2015, but he will continue to be with us all in our hearts.