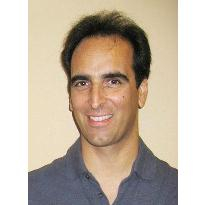 Robert Anthony Passananti, a loving and devoted father and husband, died on December 20, 2010 from complications related to chronic lymphocytic leukemia. Robert was diagnosed with leukemia in October 2005 and had a life-saving bone marrow transplant on June 23, 2010 at City of Hope. He fought bravely and gracefully everyday. He went into cardiac arrest and died at home in his wife’s arms, and if he had to go it was exactly how he would want to go.

Robert was a devoted family man and his main priority was his family. When his first child, Amerdeep, was born in 2002, he decided that he longer wanted to be work in the corporate world and log the long travel hours because he could not bear to be away from his son. He decided then to retire from the corporate world as an IT consultant and become a stay-at-home dad and start his own real estate investing company, Kern Property Management Group, LLC. He continued to invest in raw land and shape and mold his children. His daughter, Mayadeep, was born in 2004 and Robert continued to take great pleasure and joy in taking his children to parks, lunch, and playdates.

In September 2005 he was diagnosed with leukemia and started six rounds of chemotherapy. He enjoyed 18 months of remission until the cancer returned in January 2008. He attacked his cancer like everything else in his life: he read research papers, investigated the best doctors and treatment centers and did it with a sense of humor. It wasn’t unusual to find Robert laughing to an episode of Sienfeld while he was getting infused with his chemotherapy drugs.

Seandeep was born in January 2008 and brought immense joy to Robert’s life. He loved his children more than anything in the world and loved wrestling with them. He loved reading with them, doing the Sunday kids crossword puzzle with them, going for walks and picking flowers with Mayadeep, talking to them about astronomy and cars and helping them with their homework.

Robert also leaves behind his wife of 13 years, Hardip Passananti. They had a very special love and he will be missed immensely.

Robert had a bachelor’s degree from University of California, Irvine and an MBA in business. His love of learning never ended though. He loved learning new things and textbooks were his books of choice to read. He especially had a fascination with the brain and memory and how the eye worked and astronomy and loved explaining and discussing these with his wife and kids. Robert loved cars and took great joy in driving his yellow 2005 Turbo S Porsche.

In addition to his wife and children, Robert is survived by his mother Valerie Delgatto, his father Tony Passananti, his stepmother Pamela Passananti and his sister Laura Ditch.