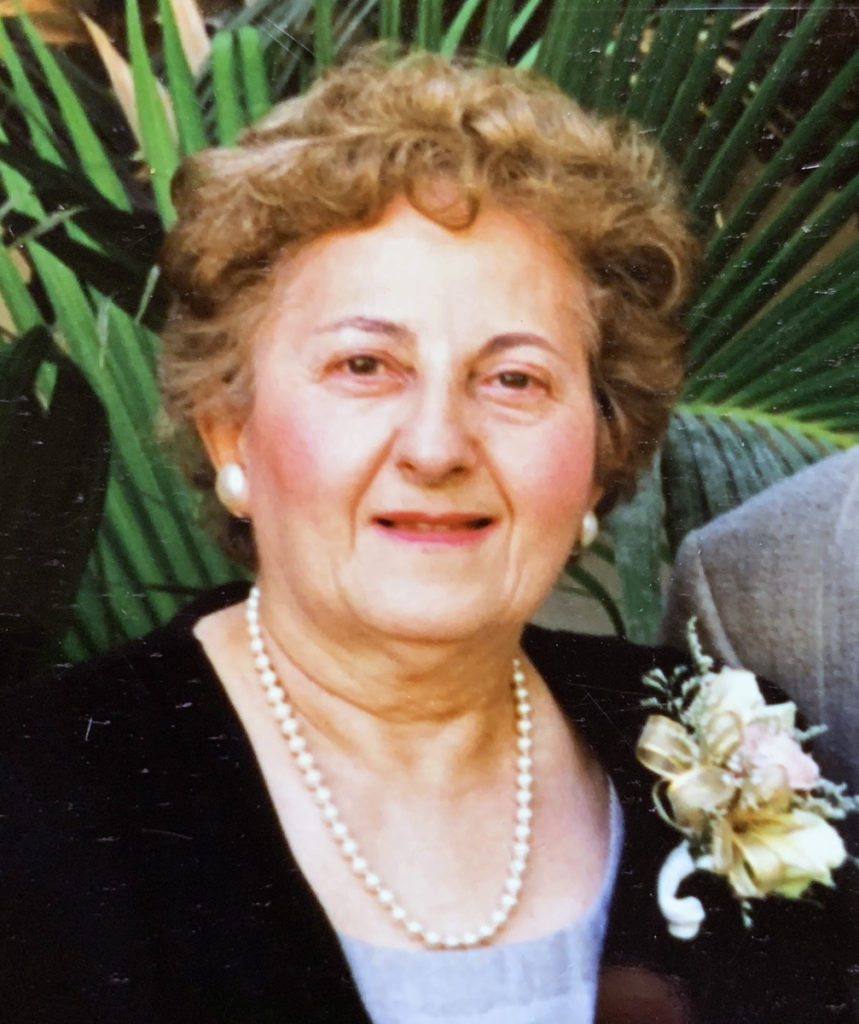 Rita Jean Motta was born January 6, 1923, in Elwood City Pennsylvania. She lived with her Mother Florence (Flora Lanza) and Father William along with sisters Ada and Elsie. Her parents were both from Piemonte, Italy.

Rita and Adam moved to California with adopted son Ronnie in 1960. During those years, Adam’s brother Homer and sister Ophelia and family lived and spent many times together in sunny southern California.

Rita was dedicated to family. When her sister Elsie became too ill to care for herself, Rita and Adam moved back to Elwood to help out after which Rita and Adam returned to California.

With Adam’s passing in 2010, Rita was quick to adapt to independent living. Later in her final chapter, Rita moved to Saint Joseph’s Home in Mission Viejo to begin a new life of inspiration to those with whom she shared the home.

Rita is survived by grandsons A.J. and Joey Scoccia.