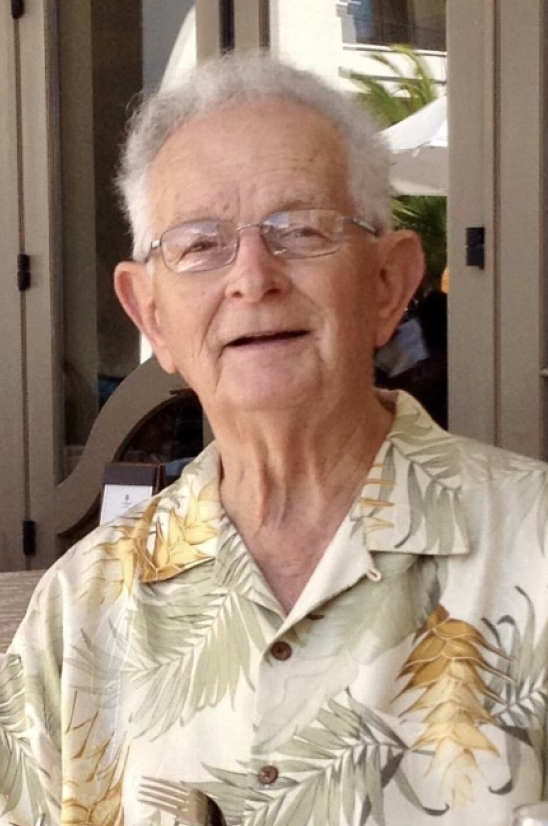 Richard William Gallo was born in Parma, Ohio on January 3, 1931 to Elizabeth and Michael Gallo.  He had two older sisters, Betty and Lydia.  His family was always very loving and he was close to his parents, taking care of them in their final years.

Richard was a Hardware Store Owner in Centerline, Michigan for 15 years followed by numerous manager and general manager positions of hardware stores.  In 1951 he married Ruth Sue Skalsky and had one daughter 6 years later, Lisabeth Ann (Beth). They resided in Warren and Clarkston, Michigan. Later moving to Orlando, Florida to be near his parents.  He has two grandchildren Kathryn Elizabeth (Katie) and Adam Michael and two great-grandchildren Landon Michael and Aubrey Joy.

Richard was best known for his love and devotion to God and his family.  He had a strong work ethic – working 6 days a week until he “retired” at age 65 and then working part time at 30 hours a week until age 77, at which time he quit to stay home with his wife Ruth to care for her in the final months of her life.

Richard was known for his giving, serving heart, humor, love and kindness.  He never spoke a word against anyone in public or in private.  He was energetic and loved children. In the final years of his life he gave away small toys, dollar bills, and paid for carousel rides for children at the mall.  It brought him great joy to give to others. He always shared a joke for the day with his family and friends – the jokes were always corny. LOL

Richard had a great love for music.  He sang in the choir, men’s quartets, and with the Max Davey Singers performing twice in year in concerts at church and at Cobo Hall in Detroit.  Hymns, gospel music and classical music were his favorites.  He played the Hawaiian Guitar and the last few years of his life he played through the entire Baptist hymn book with his harmonica. He and his daughter, Beth, sang duets on occasions during her growing up years.  Music and singing brought him great joy.

Shortly after Richard and Ruth were married, he enlisted in the Navy and was stationed in Honolulu.  This is when the love for Hawaii developed for Rich and Ruth,  traveling there numerous times after honorably serving his country.   Due to his sharp hearing, Richard was placed in the radio room while serving on an aircraft carrier.

After retiring Rich and Ruth moved from Orlando to Orange County to be near their only daughter and grandchildren.  Rich attended the church of his son-in-law (Foothill Family Church in Lake Forest), Mike Webb attending every service and serving in since 1996.

Richard lived with honor treating people fairly, helping those in need, and being known for his integrity.  He lived conservatively having been a boy during depression days but he was generous, always looking for thoughtful ways to give.

Most importantly Richard looked forward to heaven – he knew Jesus as His Lord and Savior and was at peace knowing his future and looking forward to seeing his entire family already there.  The last day of his life, Sunday November 21 he drove himself to church, greeted many friends, slept some during the service, had communion at the end of the service putting his cup in the holder in front of him in his usual seat, bowed his head during the closing prayer and quietly, peacefully slipped out of his body to meet Jesus.

He is great loved by his family and he will be missed beyond words, but there is joy knowing he is at “home”.  His body was wearing out but he continued to live independently at home which was his desire,.he lived his life well.

In lieu of flowers we request that a donation be made to our church orphan offering.

Foothillfamily.com – designate “Gallo” and it will be put to the orphan offering