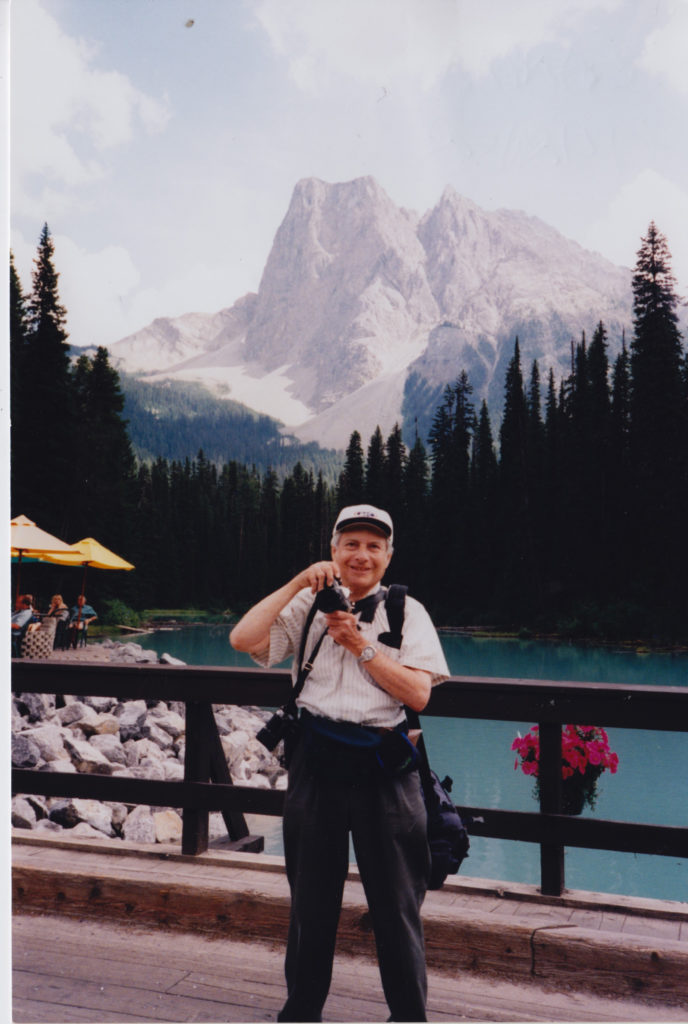 Richard Paul Turner, beloved husband of Beverly, father of Janet, Nancy, and Michael, grandfather of Ryan, Laura and Jesse, and loving great-grandfather to Alice and Lucy, passed away Saturday evening March 16, 2019. Richard was born in Chicago, Illinois and was the son of Maurice and Rose. He served in the United States Navy during WWII.

He majored in journalism at Los Angeles City College and received his BA from Immaculate Heart College in Los Angeles. He worked for several California newspapers and wire service agencies. He was the head of the photographic department at a Los Angeles public relations agency.

He left the agency to start his own freelance photography business. His love of photography led him to become an instructor of photojournalism and basic photography at Pierce Junior College, Cal State Northridge and UCLA extension. Some of his students went on to become professional photographers in the print media field. In 1975 Amphoto Publishing published his book “Focus on Sports: Photographing Action” with a second printing in 1976.

Richard wrote over 500 articles on an array of topics including sports photography, feature stories on travel destinations, and he covered the 1984 Los Angeles Olympics. He was a contributing columnist for Southern California AAA’s “Westways Magazine”.

Funeral arrangements are private. In lieu of flowers donations are suggested to a charity of your choice or The American Heart Association or The American Cancer Society.