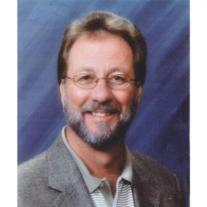 Richard traveled throughout the world with his military family during his childhood until moving with his family to Phoenix. After the passing of his father in 1968, he graduated from high school, entered college, married (Lynn Ridgeway) then entered the Army. Served in Vietnam 1970. He was also an Avid Golfer.

He will be remembered most for his love of his family, friends and the City of Lake Forest.

In lieu of flower send donations to South County Outreach.