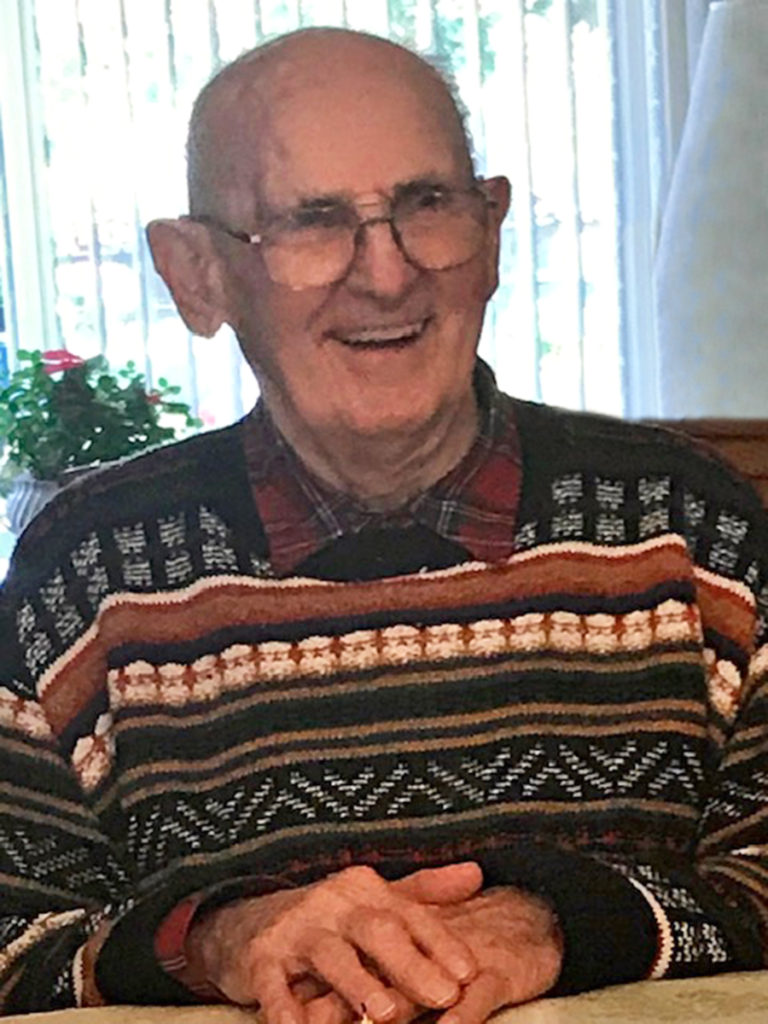 Born in Warsaw Poland on February 28, 1931. The youngest of four children.  When the Nazi’s invaded Poland in September of 1939 Richard’s life would forever change.  Losing his older brother and both parents in the infamous “Concentration Camps,” Richard was an orphan by the age of 13, left to be raised by his older sister of five years – Alina.

Good fortune was realized in the fact that Richard, his mother and his sisters were in Bergen Belsen (the same concentration camp that the famed Anne Frank was executed) at the end of WWII.  This compound was fortunately freed by Allied forces instead of Russian troops.  This marked the beginning of his long journey to America to what Richard would often refer to as the land of freedom and opportunity!  The country where anyone with or (like Richard) without an education could advance and create a life for he and his family!  The country that he would use for his advantage for the rest of his life.

Richard would often say that he landed in NY with the clothes on his back. a suitcase smaller than the size of an average “carry on” bag these days, zero comprehension of the English language and $10 in his pocket.  With the wonderful life he built with real estate and other investments – he liked to say – “The rest is profit.”

However there were a few more false starts to his new life’s adventure. Being here less than 5 months – something known as the Korean conflict came along and since this was a United Nations skirmish – the US Army drafted him and off he went – to Korea for another round of war – as if he hadn’t had enough already!

People talk about discrimination as if it’s an excuse as to why one doesn’t have success – well Richard’s strong accent and lack of the English language – made him an outcast in the military.  He got the many of the dangerous assignments.  He would say his officers would place him in an outpost and he would ask – where are the Koreans – and they would point out in front of him – there, there and there!  So then Richard would ask – where are our troops. And the Captain would turn around and say back there – there and there!   So Richard was a sniper but sniping from his outpost caused a lot of local mortar shelling to hit all around him – which is why the VA took care of him later in life because he became hard of hearing!

But coming home – as you all know – Richard after a couple of delays – was granted his US Citizenship by none other than Grand Rapids Congressman Gerald R. Ford who would later go on to become the 38th  President of the US.  So a poor young man from Poland got to mix it up with future Presidents.  Only in America does that happen!

Things got a little easier for Richard as enemy troops stopped shooting at him and shelling near him.  This allowed him to start his life in his early 20’s in peace.

He had learned a couple of trades while he worked in Germany – that of being a machinist as well as a tool and die maker.  Those skills served him well! He took jobs in manufacturing in Michigan  – known today as the “Rust Belt” but in the 50’s – 60’s and 70’s it was hardly rusty – Michigan in those years was the heart of the US Automobile industry.  “What a great country” – he would often say.  After many jobs eventually came some stability when he went to work for General Motors!  His wife Lettie got him that job.  But that job was interrupted frequently and often he took “under the table jobs” for cash while he was laid off or the union was on strike.  Those relationships he made with his previous employers in the 1950’s paid off because he was such a good worker.  His motto which he had as a sign above his home workbench said: “Early to bed and early to rise – makes Johnny healthy wealthy and wise.” Only it wasn’t Johnny – it was Richard and his family that started to prosper because of his hard work and dedication!

After a 30 year GM career Richard was able to retire with a great pension and health benefits!

But he didn’t accomplish this all alone.  In the mid 1950’s, Richard with the money he made in the military bought himself a new car. He had a buddy whose family knew another Polish family in Wisconsin – so my dad volunteered to drive his buddy and his family to a farm in Hollandale Wisconsin.  When he got there he met his future wife Lettie – and we like to say he swept her off her feet with his great dancing ability.  Rich and Lettie were really good dancers!  So he kind of stole her from his buddy but his buddy and his eventual wife and Lettie all remained friends to the very end!  But singing and dancing was something both Rich and Lettie liked to do!  They entered competitions and won in big cities like Chicago!  That was one of the original attractions here in Laguna Woods Village – the Friday night dances!

Richard and Lettie were not people who worked and then just relaxed at home after.  They had ambition to gain a better life, and America provided that opportunity! They were renting from Richards older sister. It was one side of a duplex but they wanted their own place!  So they bought a home in a little neighborhood at the edge of town next to a huge park – Richmond Park – and proceeded to raise their family – they had two children – older brother Gene and the younger Jerry!  What a great choice to be by the park with all its activities.  That move was genius for a young family!

But it didn’t stop there – Richard had a coworker who inherited a 6 unit apartment building in a bad part of town, located across the street from a freeway. The coworker didn’t want the apartment, so Richard offered to buy the apartment building on a land contract!  Meaning no money down!  So another of Richards’s famous sayings now was born into our family!  The term was OPM – Other People’s Money!  Did he ever inspire with that one!  Jerry’s entire financial planning career is built on OPM – Richard’s nephews both attribute their ability to retire successful and early to Rich – from applying the concepts of OPM – Other People’s Money to achieving their goals.  Richard for many – many years – never sold any real estate!  He just bought and then rented them out! Houses he moved from – didn’t sell them. He turned them into rental units – sometimes dividing them into two units!   His wife’s parent’s house – Richard bought it – even though it was across industrial building and railroad tracks!  You could say with 100% accuracy that Richard was a slumlord!  With coined property names like “El Dumpo” and other properties being located across from freeways and railroad tracks – these weren’t prime California real estate.  He used to carry a pistol and a witness – his wife or sons- to collect the rent!  But guess what? Over time and hard work – he upgraded to much nicer properties which provided a lifetime of retirement income and allowed Rich and Lettie the ability to move to Laguna Woods Village and be “snow birds” for several years before deciding that California is the place they’d rather be – so they loaded up the truck and they moved to, here!

Faith was also paramount to Richard!  Born and Baptized Catholic – he continued with his faith for a lifetime of service to God. He was confirmed while serving his country in Korea and raised his two boys in the Catholic Faith ensuring that they both went to Catholic school for Elementary and High School!

On the Korea topic again – Richard liked to say “there aren’t any atheists in a foxhole especially when someone is shooting at you!” He had a special Rosary that he said was what got him through the Korean conflict.  That Rosary was in his hands when he was cremated.  The only artifact we sent with him.

Richard served as an usher later in life in Belmont Michigan at Assumption Parish and was the President of the Ushers Club for a while.  He also went on a Catholic men’s retreat in his day.  He was a proud member of the American Legion for 30 years, both in Grand Rapids and in Laguna Woods.

It was a tough life for him, with the wars he had to go through, at the beginning.  There was dedicated focus around work, faith and family in the middle years.  But it wasn’t all work and no play.  He took up camping as a family.  First in tents – then a small trailer and eventually he bought a cottage on Camp Lake that provided many years of fun – with boating, waterskiing, motorcycles and hunting all right there just a few miles from his family home!

Richard’s later years were a blessing of peace and happiness.  His children and grandchildren who he loved greatly – all live nearby. He loved the weather here in California.  He loved living in Laguna Woods and watching other people mow his grass! Add in the fact that he did not have to shovel snow! Or dress in anything more than a sweatshirt or a jacket – This was the life!

But like all good things – they all eventually must come to an end.  Richard died on October 26th, 2019 from lung cancer.  There was a couple of months to say goodbye. But it’s not how he died that we will remember but how he lived!  He was a happy man with unending faith in God and in the future.  He looked for the good in all people and all situations.  He quick to forgiveness and looked for reasons to get along with everyone. Richard was a hero figure and his life should act as an inspiration for everyone – especially to those who knew him!