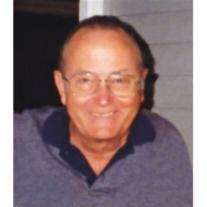 Richard “Dick” Redles, 79 of Laguna Woods, CA, formerly of Naples, FL., and Dresher, PA, passed away June 3, 2012 surrounded by his adoring family and friends. Dick was born in Philadelphia, PA, the son of the late Albert H. Redles and Edna M. Redles and brother to the late Al Redles, Jr. He grew up in Philadelphia and went to Germantown Academy. He summered in Long Beach Island, NJ where he met his true love of 60 years, Carol Duane Link. On April 17, 1952, they married. He graduated from Gettysburg College that same year. He served in the U.S. Army during the Korean War and was stationed at Fort Bliss, TX. He then served two more years in the Reserves until 1956.

He was employed by Bachmann Brothers Industries in Philadelphia for 30 years and retired as Senior Vice President. He was the creative force behind many toys, hobbies and sporting goods products enjoyed throughout the world. From his home in Dresher, PA, he provided many years of volunteer work in Upper Dublin Township, PA. He formed the Girls Softball and Youth Football teams while coaching baseball and football for several seasons.

Dick will be always remembered for his optimistic attitude and ability to find the humor and joy in everyday. He will be sorely missed by all who knew and loved him. A celebration of his life will be held later this summer in Beach Haven, N.J.