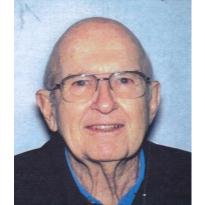 Richard Shaw, 80, of Mission Viejo, California, took his place with the Lord on June 26, 2011. He passed away, at home, after a long and courageous battle with cancer.

Born on August 15, 1930, in Los Angeles, California, Richard was the only child of the late Daniel and Florence Shaw. Richard spent his youth and was raised in San Bernardino, California.

Richard married his second wife, Betty Wells, in Laguna Beach. They knew each other as children, growing up only a few miles from one another and reunited in matrimony in 1982. Betty survives him.

Richard graduated from Loyola Marymount University of California in 1957 and Pepperdine University.

Richard proudly served in the U.S. Navy in the 1950’s and was a reservist in the Air Force until the 1970’s. After his discharge, he was employed by Loctite, then Kaydon, in sales and management, retiring in 1995.

Richard was extremely active in the Catholic Church. He served as a Eucharistic Minister and most recently worked with the Bereavement Ministry at St. Kilian Catholic Church, assisting families to cope with the loss of loved ones through faith and compassion.

Richard is survived by his daughter and son-in-law, Denise and Jay Allen of Tarzana, CA.

A funeral mass will be held on Saturday, August 27th at St. Kilian Catholic Church, 26872 Estanciero Drive, Mission Viejo, CA 92691 at 10:30 am. Richard Shaw will be interred with honor at Riverside National Cemetery in Riverside, California on a later date.

In lieu of flowers, those who wish may send memorial donations to: