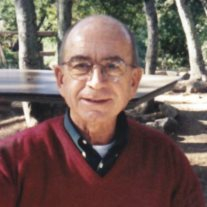 Born October 24, 1945 in Grosse Pointe, Michigan, Richard moved with his family to California as a child. He graduated from South Gate High School where he met and fell in love with his soul mate, Rita. They wed and eventually moved to Orange County where they raised their sons and resided for approximately 50 years.

Hired in 1972 by Western National Property Management founder, Mr. Douglas, Richard had a distinguished and enjoyable 30-year career as an Area Manager until he retired in 2002. This was after a 16-year career at Boeing. When not working he enjoyed traveling with his wife Rita, spending time with family and friends, wine tasting tours in Napa, outdoor activities such as skiing, camping, fishing, gardening and volunteering. The deep love, strength, integrity and support he freely gave to his family and friends will be greatly missed.

Interment will be private at Ascension Cemetery, Lake Forest, California. In lieu of flowers a memorial donation to the American Diabetes Association (www.diabetes.org) or the National Alzheimer’s Association (www.alz.org) would be greatly appreciated.