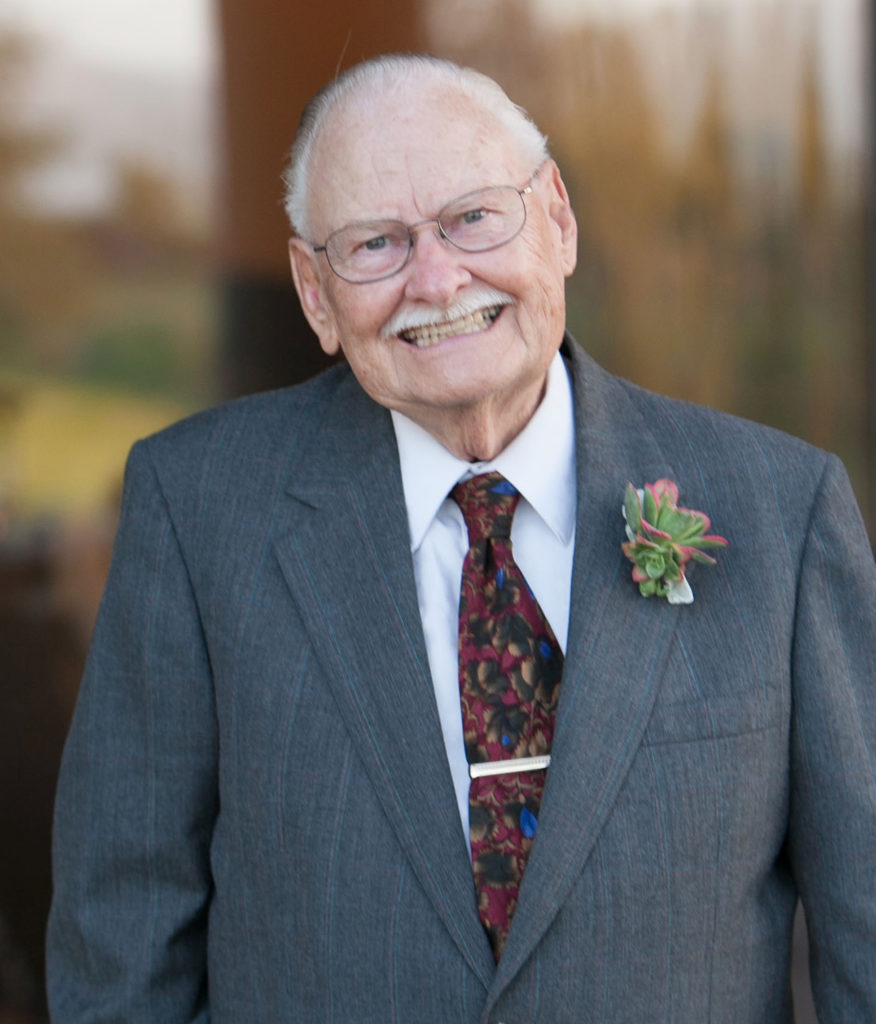 As a youngster, he enjoyed baseball and inherited his lifelong nickname that was attributed to major league pitcher Rip Sewell who threw a similar blooper pitch.  Rip attended public schools in Salineville and graduated from Salineville High School with the Class of 1945.  He also attended the College of Steubenville (now Franciscan University) in Steubenville, Ohio.

After high school, he enlisted in the Army and served in Japan just after the end of WWII.   Then when he returned from the service to Ohio, Rip met Alice Jean Salter (Jackson) and they were married on October 4, 1952.   They lived in the East Liverpool, Ohio, area most of their young lives and raised their three children there.

Rip began what would be a 35-year career in the steel industry, first as an apprentice roll turner, and finally retiring as the Superintendent of Rolls and Rolling, Stainless Steel Division, at Colt Industries in Midland, PA.  His career also took him to Milan, Italy and Syracuse, New York, where he served as a consultant in Roll Design and Rolling for Crucible Steel, Colt Industries.

During his long career, he served as Chairman of the Iron and Steel Engineers Pittsburgh Chapter and was awarded several design and production awards through the years.

As the steel industry declined, Rip retired but wasn’t ready to stop working.  His next career move took him to the Department of Human Services of Mahoning County in Youngstown Ohio.  Later he transferred to Columbiana County as a caseworker in Aid for Dependent Children in Lisbon, Ohio.

Rip retired again in 1991, and he and Alice decided to move west to Irvine, California, to be closer to their children and grandchildren.

During his 30 years in California, he and Alice travelled often, going to Mexico and Italy and on several cruises, the most memorable being the Alaskan Inside Straits with all the kids and grandkids.

He enjoyed walks around the Woodbridge Lake, watching his favorite TV programs (especially Huell Howser and Doc Martin), listening to songs by Danny O’Donnell and Marie Osmond, and eating lunch at Nalu’s, Boudin SF, and other local eateries with his family.  He was also astute at looking into medical issues and the stock market on his computer.   And he was an amazing storyteller who always loved to sit and talk with anyone who had the time.

One of his most treasured memories was of his 90th birthday party that was held for him in Las Vegas.  His large extended family including his brother, children, nieces, nephews, and grandchildren from across the country gathered to celebrate!

Rip was preceded in death by his parents, his brother Henry R. “Bud” Salter, and his beloved wife, Alice.

Funeral Service will be held outdoors at El Toro Memorial Park in Lake Forest, CA, on March 1st, 2022, at 11:00 am.   Following the service, there will be a reception at a nearby local park.  In lieu of flowers, the family hopes you will donate to Franciscan University’s 75th Anniversary Campaign. This is where Rip studied, and where his family has had a life-long association.  The donation link is https://giving.franciscan.edu/give-now/

Please select “Academic & Conference Center” in the Designation dropdown menu.  In the Comment box, please put “In Memory of Richard J. Salter.”  If you prefer to donate by check, please use the same designation on your Memo line.

A recording of the Graveside Ceremony will be available 24-48 hours after the service.  It can be viewed at https://vimeo.com/682001540