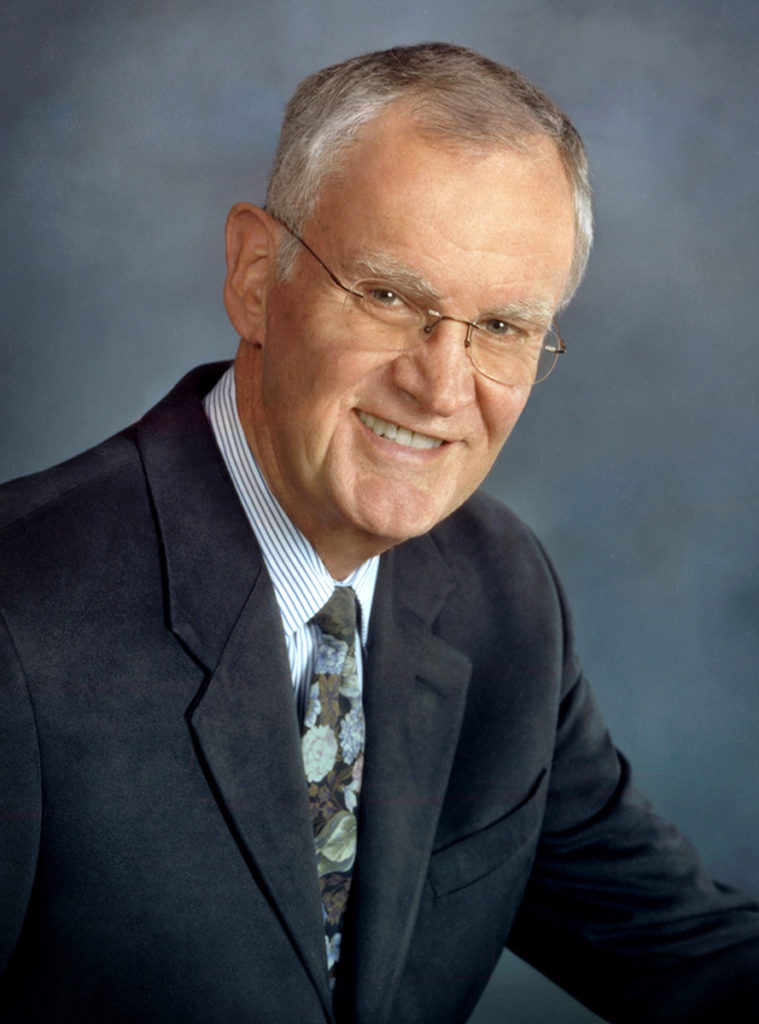 Richard James Hartl, 81, of San Juan Capistrano passed away in the early morning of November 12, 2018. Dick was born on May 2, 1937 in Milwaukee, WI to Lawrence J. Hartl and Greta Whitaker Hartl. He was married to Joan Roy Hartl. Dick was the eldest of three boys.

He grew up in Milwaukee and Appleton, Wisconsin and graduated from St. Mary’s (Central) High School in 1955. He attended the University of Wisconsin, Madison, graduating with a degree in Chemical Engineering in 1960.

Dick began his career at Monsanto in Springfield, MA, where he met the love of his life. Dick and Joan married in St. Mary’s Church in Willimansett, MA on June 10, 1961.

During his career he worked with Monsanto Chemical Company, General Electric and Fasson, a division of Avery International.  In 1981 Dick and his family moved to Pasadena California where he worked for many years as a Group Vice President at Avery International.  Before his retirement in 1998 he was President, CEO and Chairman of Calmar Dispensing Systems.

Although trained as a chemical engineer, DIck developed a passion and talent for managing people; he guided and mentored those who worked for him, helping them achieve their full potential.

Dick was generous with his time, giving it to the causes that mattered most to him, including the Los Angeles Chamber Orchestra, SCORE OCand the San Juan Capistrano Utilities Commission.

His intense interest in education led he and Joan to establish scholarships for students attending St. Mary’s Central High School in Appleton, Wisconsin and for graduates attending the University of Wisconsin, Madison.

As a lifelong fan of the Green Bay Packers, he was especially proud to be a non-voting shareholder. Along with Badger and Packer football, he loved his planes, boats and HAM radio, hiking, bridge and all things tech related.

Upon his retirement in l998, he and Joan travelled the world together, always seeking new experiences.

Dick is survived by his loving wife, Joan, his daughters Kathleen Hartl (Bill Durkin) and Elizabeth Morrison (Ewan), five grandchildren (Aurora, Lorenz, Malcolm, Kathleen and Margaret), as well as his brothers James (Marilynn) Hartl and Robert (Mary) Hartl and his nephew David Hartl and his family.

Funeral arrangements are being handled by O’Connor Mortuary in Laguna Hills.  A Funeral Mass will be held on Wednesday, November 28th at 11:00 am at  St. Edward the Confessor Catholic Church, 33926 Calle La Primavera, Dana Point, CA 92629.  Following the service family and friends will gather at Arroyo Trabuco Golf Club in Mission Viejo for a celebration of life.

In lieu of flowers, please consider a donation to City of Hope in Duarte, CA or Mayo Clinic.