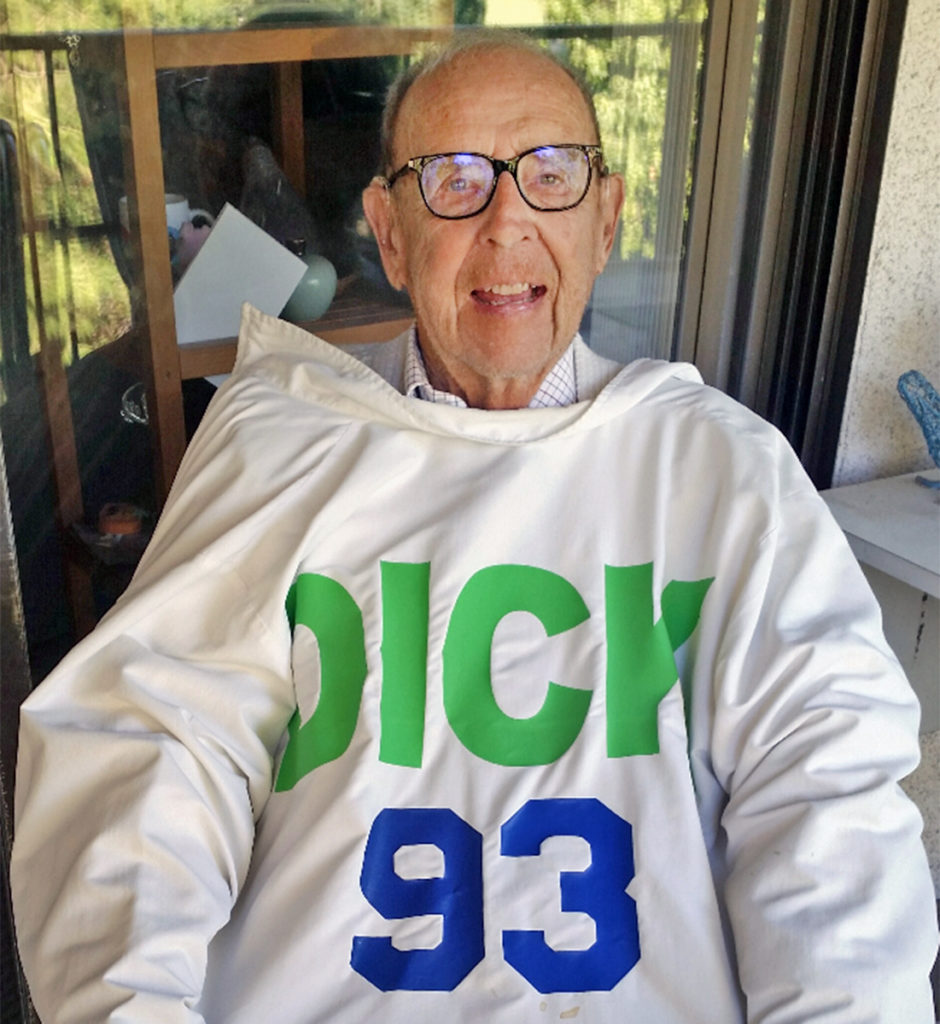 Dick LeRoy passed away, the day before Thanksgiving after a brief illness. He was 93 and proudly celebrated his longevity. Dick remained living in his own coop, the last couple of years with his daughter Sue to provide help & companionship. He was on 3 times a week dialysis for the last 5 and a half years. He drove to his appointments and provided the staff with a few good times. He could tell a good story til the end.

Dick was born & raised in Hartland, Wisconsin, where he still has family. He was in the infantry in World War II, in Europe & in Asia. When he came home, he attended the University of Wisconsin, Madison, met his wife to be Jackie, and got a bachelors in Business. After they were married, they and their 2 daughters spent 17 years in the suburban Chicago area before moving to California. Dick worked mostly in the accounting industry as a manager, and retired in 1986 from Deloitte Touche. He & Jackie travelled widely across the US & Canada in various RV’s for the next 15 years. Alaska was probably their favorite destination.

In retirement, Dick’s other favorite avocation was lawn bowling. He was very active, 1st in the club at Casta del Sol, & for more than 25 years in Laguna Woods when they moved here. He was Bowler of the Year in 2008. He also had a side business in which, for a charge of $1.00, he refurbished the bowls of his fellow bowlers; many took advantage of this service. For years he took charge of the flag display at the club, and enjoyed every minute of it. A highlight for him was the 90th birthday party he threw in 2015, on a September day over 100 degrees, where his many lawn bowling friends came onto the greens to celebrate with him. Many good friends came from the ranks of the lawn bowlers.

Dick was predeceased by his wife Jackie, his parents Alice & Gerald LeRoy, and 3 brothers: Willard, Donald, & Kenneth. He is survived by his brother Roger of Oconomowoc, Wisconsin, and many nieces & nephews; and his 2 daughters Linda & Sue.