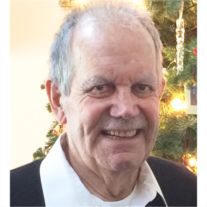 He was born in Whittier, CA on November 11, 1932 to James and Marion (Hogan) McCutcheon. He spent four years in the army during the Korean War. He then earned his Bachelor’s of Science in Criminal Justice from California State University, Los Angeles. He spent the next thirty-four years in law enforcement with Los Angeles Police Department and University of California, Irvine as a police sergeant at both respected departments. During retirement, he enjoyed fishing, house projects, and cruising the world with his wife of fifty-five years.

He is survived by his wife, Marilyn; son Dan (Michele); daughter Linda; and six grandchildren.