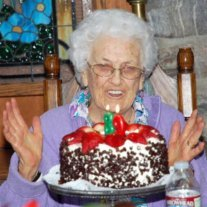 Peggy’s life was a book with diverse chapters. As a young woman she joined the Waves and served on Coronado Island at the Naval Hospital as a nurse during WWII. She modeled woman’s clothes, once in full riding habit mounting a horse from the wrong side.

She was amazing single mother of three children she reared in Massachusetts. On several occasions she interceded, once tackling the neighborhood bully and washing his face in the snow. When the kid ran home to tell his father, he came out with fire in his eyes. He took one look at the 5′ woman turned to his son and said “that’s the woman” and went back in the house. Nope you didn’t want to rile the Irish in Peggy.

She returned to California where she met and married Val Milich. They extended their family adding two sons, Tom and Chris. At this juncture in her life she became a Cub Scout leader. One of her meetings consisted of sending her little Cub Scouts to the field next door for Walkie Talkie practice. To this day there is a GI Joe MIA in that field!

A favorite story is overhearing Tom and Chris playing. Mom heard one of them say let’s have coffee in peace!

Peggy and Val reached a stage of their lives where they became Camp Ground hosts in Oregon. Later they joined a Christian organization MAPS. They traveled the lower 48 states working on Christian churches, schools and camps.

When health issues forced them to “retire” they spent the next ten year volunteering at Mary’s Mercy Center in San Bernardino feeding the homeless and working in the office.

After Val’s passing she moved to the Villa in San Clemente. She spent the last four years in the lap of luxury. She went from tee shirts and shorts to the belle of the ball. She indulged in clothes, jewelry and weekly hair appointments. She was extremely active at the Villa. She served on the council committee. She was an avid Bingo, Poker, and Scrabble player. Her monthly trips to the Casino were a high light. She would play the slots one penny at a time and do lunch with her friend.

She led a truly remarkable life. Peggy touched countless lives and never met a stranger, even in the grocery store.

Her family would be honored and thrilled if you share a special moment in her life with them.
In lieu of flowers, please consider a donation to Mary’s Mercy Center, PO BOX 7563, San Bernardino CA. 92411. You can visit their web site @ www.Marysmercycenter.org.