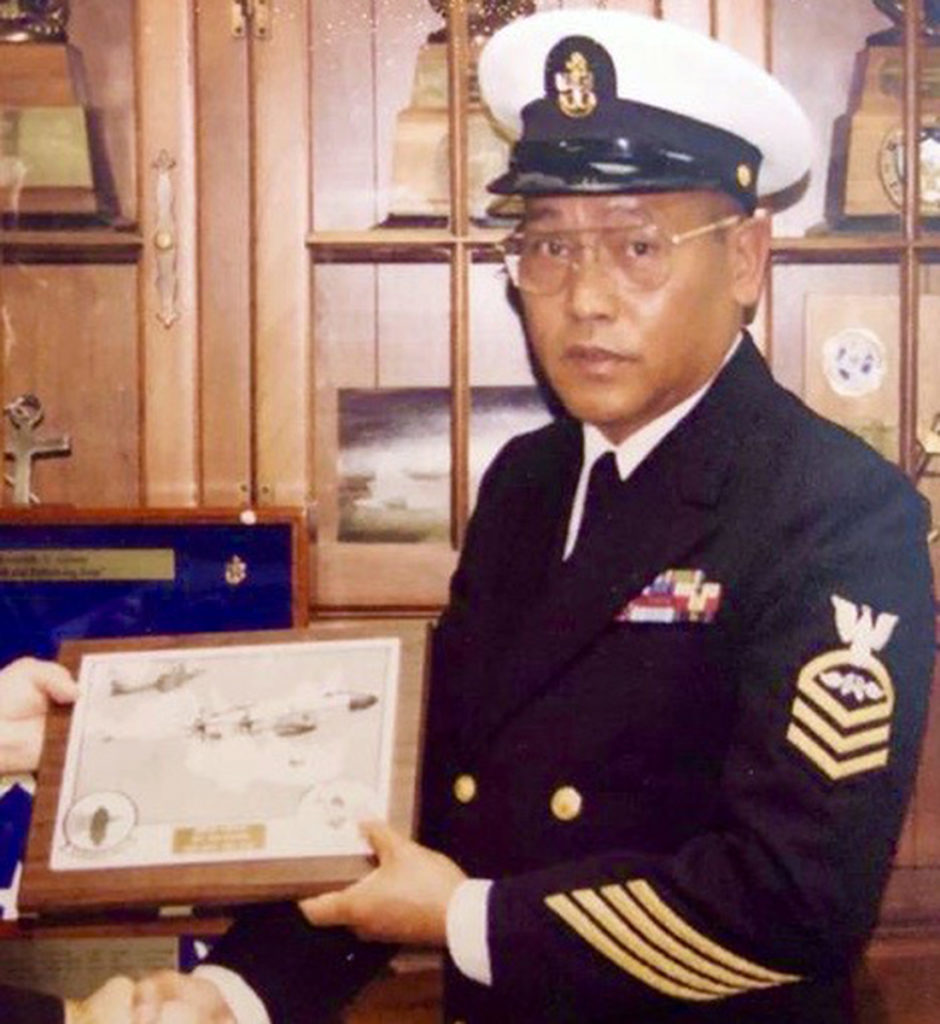 On Saturday, May 16, 2020, Reynaldo Aldana, loving husband and father of four children, passed away at age 76 in Irvine, California.

Reynaldo Subala Aldana was born on January 14, 1944 in San Fernando, Pampanga, Philippines to Pedro and Leonor Aldana. He received his associate degree from Feati University in Manila, Philippines. He joined the United States Navy in San Diego, CA in 1974 and retired on November 1, 1999 at NAS Rota, Spain, after serving for 25 years. He continued on as a Navy fleet reserve for six years. He was on various overseas tours, including the USS Carl Vinson and the USS Nimitz. On December 30, 1967, he married Teresa Aldana. They raised three sons, Asser (Ace), Benes, Charles, and one daughter, Maria Fatima. He also shared much joy for his five lovely grandchildren, Ehrik & Faith (27), Luka (16), Noah (15), and Skye (6).

Reynaldo had a passion for helping people and organizing events. He was a dedicated Masonic brother and active Knights of Columbus member. He also led the Fil-Am community organization as President at several military duty stations, which included Oak Harbor, WA, Adak, AK, and Rota, Spain. He loved cooking, fishing, woodworking, and home renovations. He also had a strong interest in raising Koi fish. His passion for connecting people together shows in all of the trips he organized for his community while living in Rota, Spain. His favorite dish to cook was paella. He was known for his friendliness, his infectious laugh, and his kind and compassionate spirit. He was always there for his children and family. He also dedicated his time raising his family of Yorkshire Terrier dogs, Julius, Liesel, Zena and Zoey.

Reynaldo was preceded in death by his father, Pedro, and his mother, Leonor. He is survived by his wife Teresa, his four children, Asser (Ace), Benes, Charles, and Maria Fatima, his brothers Ambrosio aka Uncle Boy & Nonito Aldana aka Uncle Baby, daughters-in-law Louise Aldana Warwick & Rowena Sevilla-Aldana, several brother- and sisters-in-law, along with cousins, nieces, and nephews. He is also remembered by his loving friends who he has shared memories with from around the globe.

Due to COVID-19, a virtual viewing/memorial service will be held on Monday, June 1st, 2020 between 2-4 pm. If you would like to participate, please send your email address to ace.aldana@gmail.com. Funeral mass will be at St. John Neumann in Irvine, CA on Tuesday, June 2nd, 2020. Burial services will follow at Green Hills Cemetery in Rancho Palos Verdes, CA.

Flowers, cards, and donations may be sent to:
Teresa Aldana
124 Cadence
Irvine, CA 92618