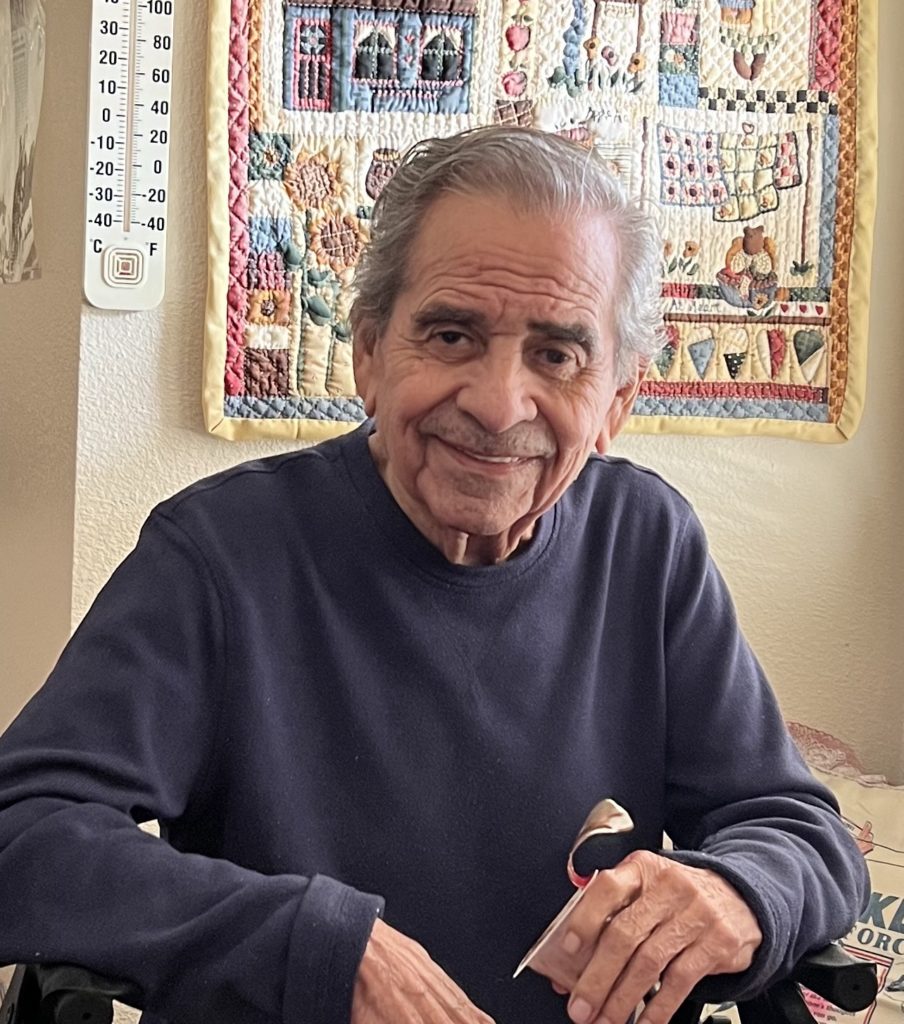 Reynaldo Almaraz, Jr., of Rancho Santa Margarita, California, passed away on March 24, 2022, at his home, surrounded by his wife of 63 years and his three daughters; he was 84 years old.

Rey was born on January 25, 1938 in Benavides, Texas, and raised in Hebbronville, Texas. He was the oldest of six children and is preceded in death by his parents Reynaldo Sr. and Guadalupe Almaraz. Rey graduated from Hebbronville High School in 1956 and went on to enlist in the United States Air Force where he served for four years.

Rey married his high school sweetheart, Anna Garcia, on May 24, 1959, who he leaves behind, along with their three daughters: Belinda Lehto (husband Michael), Sally Almaraz, and Liz Chavez (husband Martin).

In 1964, Rey moved his young family to Southern California and began a 30- year career working for Rockwell International as a test conductor in the aerospace sector.

In 1981, while working full time and raising his family, Rey earned a Bachelor of Science degree in Business Management from Pepperdine University.

Rey was fun, outgoing, and loving. He enjoyed being with his family and traveling. Rey retired in 1994, and in 1999, he and Anna moved to Rancho Santa Margarita where he enjoyed golfing and long weekend trips to Pala Casino. When at home, he loved reading a good political book or exercising in his home gym.

Rey is remembered for his terrific sense of humor, infectious laugh, generosity, and the pride and deep love he had for his family. Rey is survived by his wife and daughters, as well as his granddaughters Brittany (husband Kevin), Natalie and Chloe Chavez, and his great-grandson Cody. He is also survived by five younger siblings: Humberto Almaraz (wife Carmen), Arnoldo Almaraz (wife Noemi), David Almaraz, Cynthia Ramirez (husband Nato), and Letitia Saenz. He is also survived by his cousin Grace Trevino and many nephews and nieces.