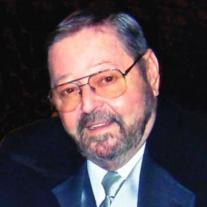 Served in the U.S. Navy from 1955 to 1959. His service included serving as a Second Class ranked Head Radarman on the USS Strong DD-758 during the Suez Canal Crisis in the Mediterranean Sea.

Rex married his childhood sweetheart, Sandra Jeanne Diddens, on December 18, 1956. Upon his discharge from the Navy in 1959, he moved to Orange County, CA with his beautiful bride and his son Jeffrey. A second son, Jay, was born in Newport Beach in 1959.

Rex was employed as a sales manager and a trainer in various communities and became a real estate broker in the South Bay area in 1974. He left real estate sales in the mid 90’s and became a mortgage broker until his retirement in 2005.

He spent his retirement years in Foothill Ranch with his wife, and doted upon his four grandchildren and two great grandchildren.

Rex was preceded in death by his parents, Gail and Ruby Bakerink. He is survived by his wife of 55 years, Sandy. He is also survived by his son Jeffrey of Temecula, CA, whom is married to Monique, and his son Jay of Manhattan Beach, CA, whom is married to Jane. His grandchildren are Katie, Michelle, Nicholas, and Julia. His great grandchildren are Sylvie and Coralie.