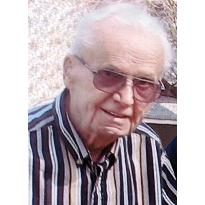 Rev. Dr. John Bartos of Redlands died Sunday, August 15, 2010, at the Baptist Health & Rehabilitation Center in Scotia, N.Y. He is survived by his wife Ruth Donnelly Bartos, whom he married on August 19, 1950 in Augusta, Wisconsin.

Rev. Bartos was born in Dayton, Ohio on May 23, 1925, to the late Andrew and Pauline Kissa Bartos. After studying two years at Wittenberg University in Springfield, Ohio, he transferred to the University of Wisconsin at Eau Claire, where he received a Bachelor’s degree in education. He furthered his studies at Northwestern University in Evanston, IL, where he completed a Masters Degree in Guidance & Counseling. He entered the Ministry, graduated from Northern Baptist Seminary in IL, and was ordained as an American Baptist Minister in 1957. Rev. Bartos served on several city and state boards in missions and provided leadership to local clergy groups. He served in many capacities as he ministered to the needy, migrant workers and prison inmates. He also served on the Board of the Baptist Children’s Home for many years.

Rev. Bartos served as an Interim Chaplain at UCLA Medical Center and is well known in the Los Angeles area. He was a member of Rotary Club International and a regular blood donor. He is remembered as a compassionate pastor, who was constantly calling on those in hospitals and nursing homes.

A memorial service will be held at The First Baptist Church of Redlands at 2:00pm on Saturday, August 28, 2010. Military interment at Riverside National Cemetery in Riverside is private.

Memorial contributions may be made to the Baptist Health System Foundation, 297 N. Ballston Avenue, Scotia, NY 12302.