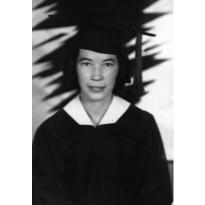 Life has come full circle. On May 26, 2010, Reta Carol Cagle passed away peacefully at the age of 87 in the hospital in Mission Viejo among family and friends. Reta was born in Texas June 12, 1922 and excelled as an aerospace designer engineer, a female among mostly males, at Rockwell over 40 years. She was a loving sister, aunt and great friend. She will be sorely missed!