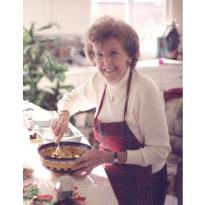 Rena C. Ziegler, 86, of Laguna Hills, California passed away May 25, 2008 surrounded by her family. She was born November 1, 1921 in Fillmore, Utah, daughter of Elmer and Christa Bastian Carling.

In November, 1939 Rena married Ensign Rondo J. Law, a naval aviator from Delta, Utah. They lived at Coronado Naval Base, then moved to Honolulu where Rondo was assigned to the carrier Yorktown at Pearl Harbor. Rena gave birth to their son in Hawaii. After the Yorktown sailed back to Norfolk, Virginia in the spring of 1941, Rondo was killed in a plane accident at the naval base.

Rena returned to Utah where she attended LDS Business School and subsequently worked for Beneficial Life in Salt Lake City. There she met and married Captain Richard D. Ziegler, on leave from the United States Air Force. On June 24, 1944 they married and moved to Edmonton, Canada, where their daughter, Sue Ann was born.

After the war Rena moved with her family back to Geneva and St. Charles, Illinois where she lived for over 50 years. As a homemaker, Rena provided a very loving, nurturing home life for her children, Ron and Sue Ann. She gave a lifetime of service not only to her church, community, husband and children, but certainly her beloved nine grandchildren and precious eighteen great-grandchildren. She had a special way with children and they each knew she loved them very much.

Rena believed in education and the value of knowledge and information. She was a member of P.E.O., a philanthropic educational society. She loved shopping and gardening, traveling and spending time in her homes in Illinois and Southern California. Rena was entirely supportive of her husband and especially enjoyed her travels throughout the United States with him. A particular highlight was the family trip to Brazil to meet Ron at the end of his two and a half year mission for the Church of Jesus Christ of Latter-day Saints in 1965.

In 2001 Rena retired to Laguna Hills, California where she lived for the past seven years.

She is survived by her sister, Wanda Day Fillmore, Utah; her children and their spouses, Ron and Marie Ziegler St. Charles, IL and Sue Ann and Steve Bullock Laguna Hills, CA; nine grandchildren and spouses, eighteen great-grandchildren, and many nieces and nephews, all dearly cherished.

Contributions can be made to the Church of Jesus Christ of Latter-day Saints Humanitarian Aid.