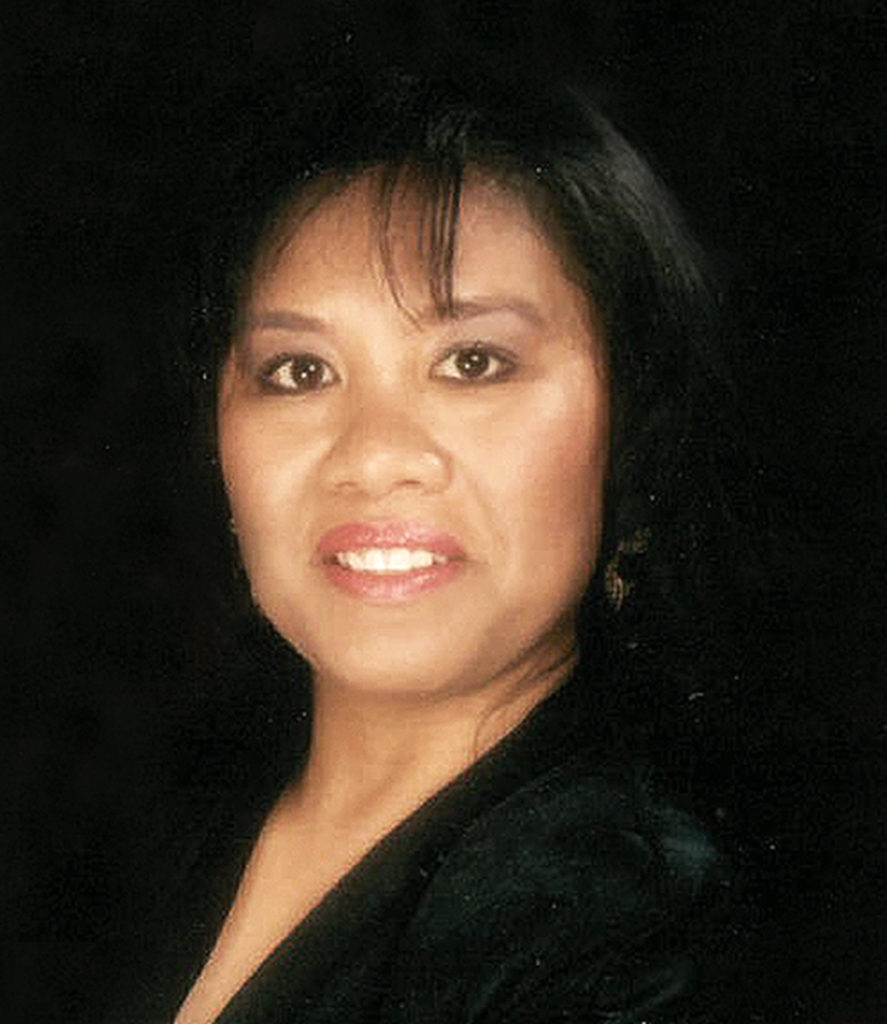 Remedios (Remy) Corazon Rochford, a 35-year resident of Irvine, CA, passed away on November 21stat 5:12 PM after a brief illness with Leukemia.

She was born on November 15, 1959, at the Queen of Angels Hospital in Los Angeles, CA, and was the only child to José and Albina LaVilla. They spearheaded the US immigration of family and friends from the Philippines after WWII.  As a result, Remy was never short of cousins since her house in Echo Park was the first American home to her growing immigrant family. Being her family’s first born Filipino-American child, Remy effortlessly became the role model of the typical American dream. She graduated from Los Angeles Belmont High School in 1977 and then went on to Claremont Men’s College where she earned a Bachelor’s of Arts degree studying Political Science.  She was the first in her family to marry an American, and then pursued her professional career with the Digital Equipment Company selling computers and software.

When John and Remy decided to start a family, she chose to be a full-time homemaker while supporting her husband’s career at Snyder Langston and raising their two daughters Brittany and Melissa.  Brittany graduated as a collegiate athlete from Emerson College and is now growing her career in the animation industry, while Melissa will graduate as a collegiate athlete from The University of Notre Dame in the spring.  Remy was passionate about mentoring young girls to become strong independent women by encouraging them on to higher education and networking with them to help develop their professional careers.  Loving, spirited, intelligent and ambitious, Remy would easily light up a room and end the day having made new friends. In likeness of their mother, her two daughters will continue her legacy of being fearless and ambitious leaders in their community, and they also inherited Remy’s ability to have fun in any situation.

Remy is survived by her husband John, daughters Brittany and Melissa, and beloved Wheaton Terrier, Lilo.  Her funeral will be held at St. John Neumann church in Irvine, CA on Friday, December 7, 2018, at 10:00 AM.  In lieu of flowers, the family request donations be made to Notre Dame Softball, Strikeout Cancer, and their Signature Awareness Initiative.  Please send contributions in honor of Remedios Corazon Rochford to Notre Dame Softball, 209 Joyce Center, Softball Office, Notre Dame, IN 46556.