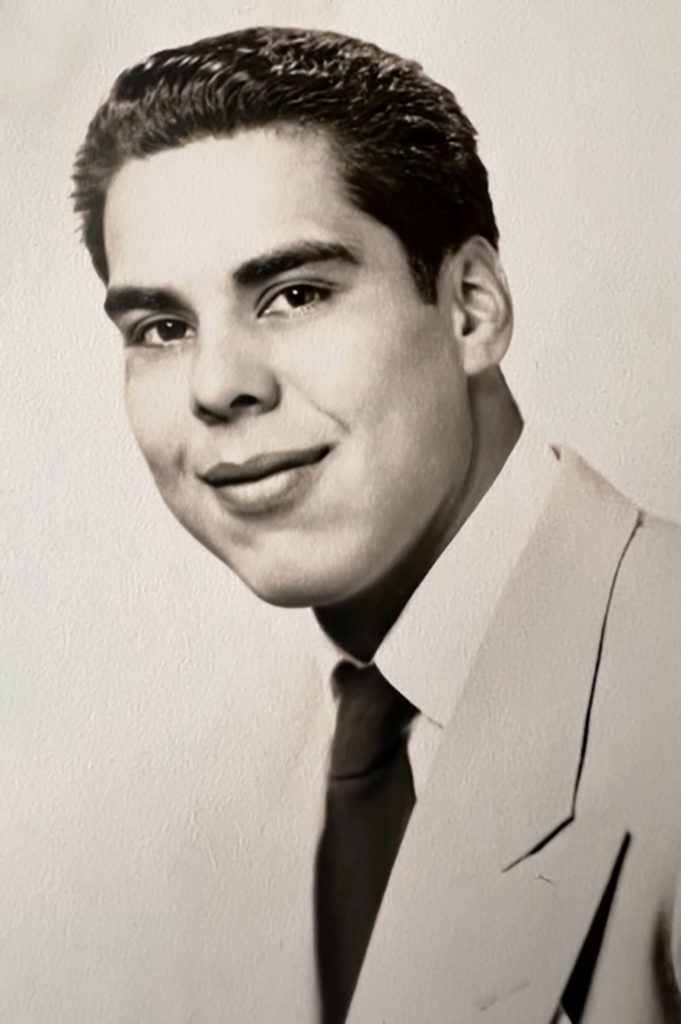 Raymond Robert Ruiz Sr. of El Toro, California passed away unexpectedly on Sunday December 19, 2021 after winning a brief battle with Covid-19 and pneumonia. His family is saddened by his sudden loss but grateful to know that he lived a wonderful life for 89 years and has left us a legacy of deep faith and love.

Ray was born March 15, 1932 in El Toro when South Orange County was full of orchards and ranches. His early years were spent exploring the beautiful hills and canyons that today are filled with the homes of Lake Forest, Mission Viejo, and Trabuco Canyon. Yearly, he traveled north with his parents and four siblings to pick in the orchards of the Central Coast where he learned to swim in rivers after working hard picking all day long. In El Toro his father taught him carpentry and landscaping and the meaning of hard work. His first job was at Irvine Valencia Growers where he worked both during and after graduating from Tustin High School.

At Valencia Growers Ray was popular with everyone, especially the ladies! He only had eyes for a beautiful co-worker, Hope Lidia Ramirez of Santa Ana. Despite their best efforts to gain permission to marry from her parents, they eloped to Baja Mexico where they married in 1952. Ray and Hope settled in El Toro and started a family that over the next years would include four sons and a daughter. To the end of his life, he was the treasured leader of the family who cared deeply for every single individual with gentle hugs and strong prayers.

Ray’s professional life was as diverse as his skills, learning mechanical cooling systems, vehicle paint and bodywork, landscaping, project management, and much more. He knew how to fix most anything and if he did not know how, he figured it out! Ray had a twenty-year career at the Case-Swayne Company as refrigeration engineer, where he kept operations running smoothly. He was a volunteer Fire Fighter for Engine 19 in El Toro and not only saved many dwellings but many lives as well. Whether as an employee, or volunteer, working a side job, or serving in ministry, Ray put his heart and soul into everything he did, showing up and staying late when he was needed, always striving to give his best. He led by example.

Everyone who knew Ray knew that his faith in Christ was unbroken and it gave him purpose. As a younger man Ray was away from the church for many years until he was born again in his early 50’s. This spiritual rebirth was the foundation for the rest of his life and he served faithfully in various ministries in a Buena Park Four Square church. Ultimately Ray spent over 30 years at Living Word Worship Center both as a church member and an Elder, and later in his retirement, as the church campus project manager.

Ray touched family and friends with his kindness, patience, mild temperament, humility, resilience, and servant’s heart. His sweet tooth often led to hiding Snickers to keep them from the grandkids and sometimes Hope would find chocolate hidden so well that even he couldn’t find it! He loved his bride of 69 years and he adored his children Ray Jr., Dave, Rick, Susie, and Danny. His 12 grandchildren had close relationships with their grandfather and often spent whole summers together swimming in his backyard pool and would pile in the back of his Ford Ranchero, screaming along as he honked through the El Toro tunnels. His dedication to them extended to their adulthood as he mentored and sought to support each one in whatever they needed. Ray was delighted to watch his family grow to 24 great grandchildren and one great-great grandson.

We will never forget the look he could give us when we needed to knock it off, or of pride in our accomplishments, the twinkle in his eye when he was surprised or happy, and the way he whistled as he worked. He was loved deeply, forgave freely, and the most important relationship in his life was with Jesus Christ.

Ray is survived by his lovely wife Hope, his sisters Concha Corral and Francis Juarez, his brother Jess, his children Ray, Dave, Susie, and Danny, as well as all of his grandchildren. He is preceded in death by his parents Jesus and Guadalupe, his brother Manuel, and beloved son Richard.

We welcome you to a Celebration of his Life!