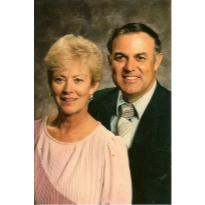 Ray Rivadeneyra born September 14, 1935 and passed away Wednesday, February 17th. He was born in Los Angeles California to Anita and Bernard Rivadeneyra. Ray was one of thirteen brothers and sisters. He attended Rosemead High School where he met his high school sweet heart and wife of 55 years; Shirley Rivadeneyra Grohs. Their young love has proved everlasting for as the couple married on October 9, 1954. For the first three years of their marriage they attended college together while working part time.

Ray is survived by his wife Shirley their sons Rick and Mark- Wife Susie. Rick is a retired Police Officer and continues his artwork and Mark graduated from UCI and is in his 22nd year of teaching with CUSD. Ray and Shirley have five grandchildren. Rick’s children: Adam Medical student, Rachel Hair stylist. Children of son Mark and his wife Susie Rivadeneyra are Aaron Junior at Concordia University Irvine, Kyle Freshman at St. Francis University, New York, and Tanner Senior at San Clemente High School.

Ray and Shirley traveled extensively during their years together. Their excursions have taken them to Austria, Ireland, England, Scotland, Wales, Belgium, Amsterdam, Germany, France, Italy, Mexico City and Canada.

Ray worked as a meat cutter for 40 years and retired with Safeway/Vons. Since retiring he focused on his greatest passion of playing golf with friends. Many know Ray at San Clemente Golf Course as the man with a big smile who looked forward to playing with new golfers and old friends. Ray also enjoyed his time with his buddies in the Hawaiian Surf Club.

The common word thrown about when describing Ray is ‘smile’ and how bad a life could a man have lead when all the people he knew remember him as a ‘smile’. He and his fantastic smile will definitely be missed. Ray was a special man and he was always there for his family and friends. It could be a simple task like fixing your golf club or driving you to the airport or expertly carving the turkey at Thanksgiving. Ray Rivadeneyra was one of the kindest men you would ever want to meet and befriend…

In lieu of flowers, the family requests donations to:

The City of Hope
https://secure.cityofhope.org/DONATE/Main/GeneralDonation.aspx