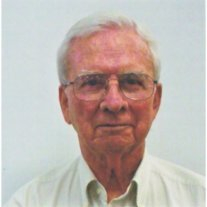 Ray Silvius passed away on Monday the 6th of May 2013, in Mission Viejo California at the age of 89. Ray was surrounded by family and friends. A memorial service will be held in his Honor on Saturday June the 8th 2013 at The Presbyterian Church of the Master. The Church is located at 26051 Marguerite Parkway, Mission Viejo, CA 92629. Services will begin at 2:00pm followed by an onsite reception.

Ray was born on August 14 1923 in Leavenworth Kansas. He was raised a salt of the earth Kansas farm boy. He was an accomplished student and excellent athlete. When his country called he answered, not once but twice. He was a leader of men, a true patriot, and a decorated veteran. Ray was a proud Air Force pilot who contributed to our nations defense flying B-25 Bombers in the Pacific during WWII and F-86 Fighters during the Korean War with the 86th Fighter group.

He returned to hold executive positions at IBM, Western Airlines, and Hughes Aerospace. Distinguishing himself and receiving promotions at all three, until he chose to retire in 1995 to spend his remaining years with his true love, his, Jeanne.

Even in retirement ray continued to donate his time to others, working as a docent at the Lyons Aviation Museum in Orange County.

Ray was the very definition of a husband, a loving father to his son Jon, grandfather to Jerrod and Travis, devoted uncle, and about the best friend a person could ask for. Never was a disparaging word mentioned about him. He was a pillar of the greatest generation. A man one could always turn to during trying times.

He will be truly missed.

In lieu of flowers, those wishing to make a memorial donation in his memory please send it to: