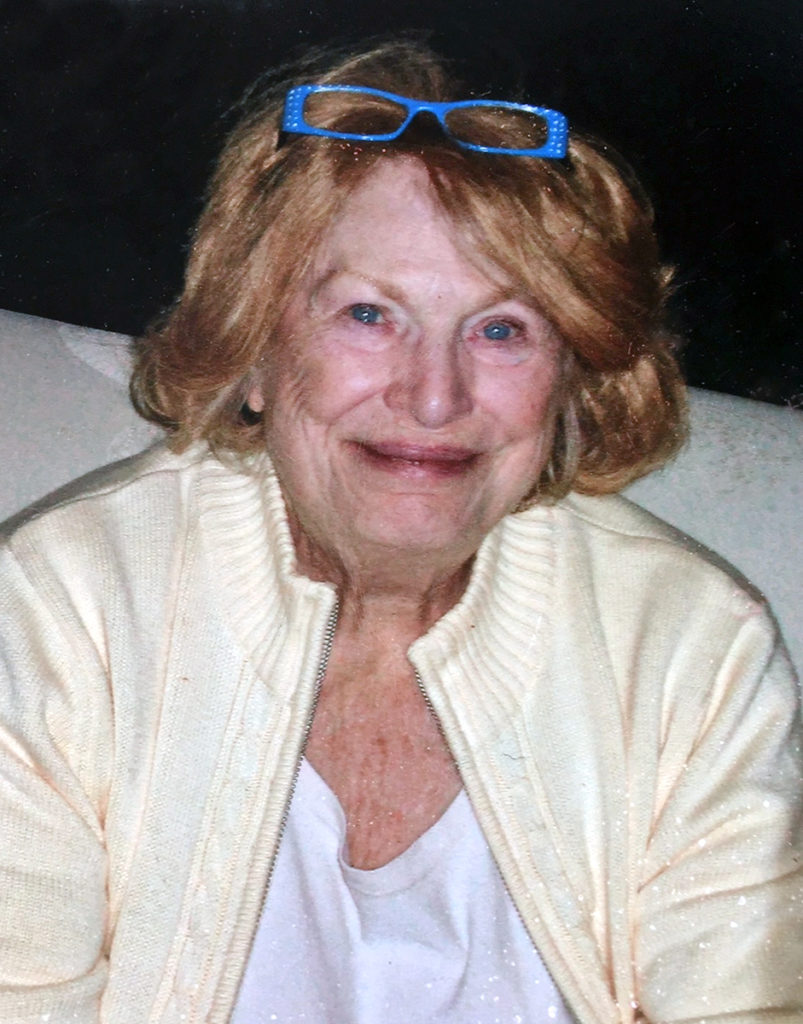 Born in Missouri on June 24,1929, Randy moved with her family to Los Angeles,CA when she was 13 years old. In 1969 she moved to North Carolina with her first husband, Perry Melson. Though she returned to Los Angeles in 1974 she remained connected to the art community in Winston Salem, N.C. Upon her return to Los Angeles she married the love of her life Larry Joseph.  In 1991 she and Larry restored a house in Laguna Beach,CA and lived there for 10 years.  During that time they were both very active in the arts community.

Randy worked in the film industry for 30 years.  She started as a Cutter for Kodak Armature in the late  50’s and moved quickly into professional film.   One of her most exciting jobs wasConforming ( matching lips to words). She worked on the 70 Masters for the film The Sound of Music.  Long before the film hit the theaters, family and friends were humming the songs.

She designed and created art clothing, costumes and quilts, incorporating many fiber techniques in he work.  She exhibited in galleries and art festivals in Southern California and North Carolina. She was a founding partner of Body Craft Gallery in Winston-Salem in 1977.  One of the first galleries of Wearable Art in the country, Body Craft exhibited fine textiles and jewelry created by nationally recognized artists in the United States and Canada.

For many years,  Randy was a devoted member of  Guild Opera, LA, on organization which presents opera to children in the public schools. She volunteered in many capacities, as the costume designer and maker, as a board member, as hostess of their annual fundraiser the Opera Party and more. The Opera Party was an event not to be missed.  An exclusive concert held in her homes in Laguna Beach and Silver Lake it continued for more than 25 years. It was live Opera in an intimate setting.

Finally, Randy was a world traveler. She and Larry traveled extensively in Mexico, Canada and Europe for years before he died. They attended the theater and opera in every major city they visited. After Larry died in 2001 she continued that tradition with family and friends. She was often the first to expose her loved ones to wonderful new countries and cultures. Her most recent journey was a 4 1/2 month world cruise on the Queen Mary in early 2018.

A celebration of her life will be held in California in January, 2019.

Randy encouraged everyone she knew to support artists and the arts, to attend live performances and buy beautiful handmade objects. Gifts in her memory can be made to Guild Opera, PO Box 4582, Glendale,CA  91222 or the Southern Poverty Law Center in Montgomery, Alabama.