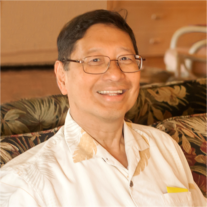 Ramon Acantilado Evangelista, 63, passed away Saturday, May 7, 2016 in his home in Laguna Hills, CA. He is survived by his wife of 33 years, Purita (Dionisio); his daughters, Michelle and Lisa; his father, Abelardo and his wife, Aurora Agustin; and his brothers, Nestor and Danny.

Ramon was born on June 21, 1952 in Manila, Philippines. Ramon earned a Bachelor of Science in Chemistry from the University of the Philippines and immigrated to the United States where he earned a Ph.D. in Chemistry from the Ohio State University. After moving to Canada to begin his career in science, he met and married his wife, Purita. Ramon and Purita had two daughters. In 1992, Ramon and his family relocated to Orange County, CA where he continued to establish himself as an accomplished and respected scientist.

His achievements include a Master of Applied Science (MASc), Master of Business Administration (MBA) and the development of and contribution to several scientific patents. While his professional career was decorated with many achievements and accolades, Ramon remained incredibly humble.

Ramon enjoyed learning and educating others. He was an avid traveler, an intellect and an admirer of the arts.

A funeral service will be held on Friday, May 13, 2016 at St. Nicholas Catholic Church in Laguna Woods, CA.

In lieu of flowers, donations may be made in Ramon’s name to:
Be The Match Foundation https://bethematch.org
or
MDS Foundation http://www.mds-foundation.org/

26 responses to Ramon A. Evangelista