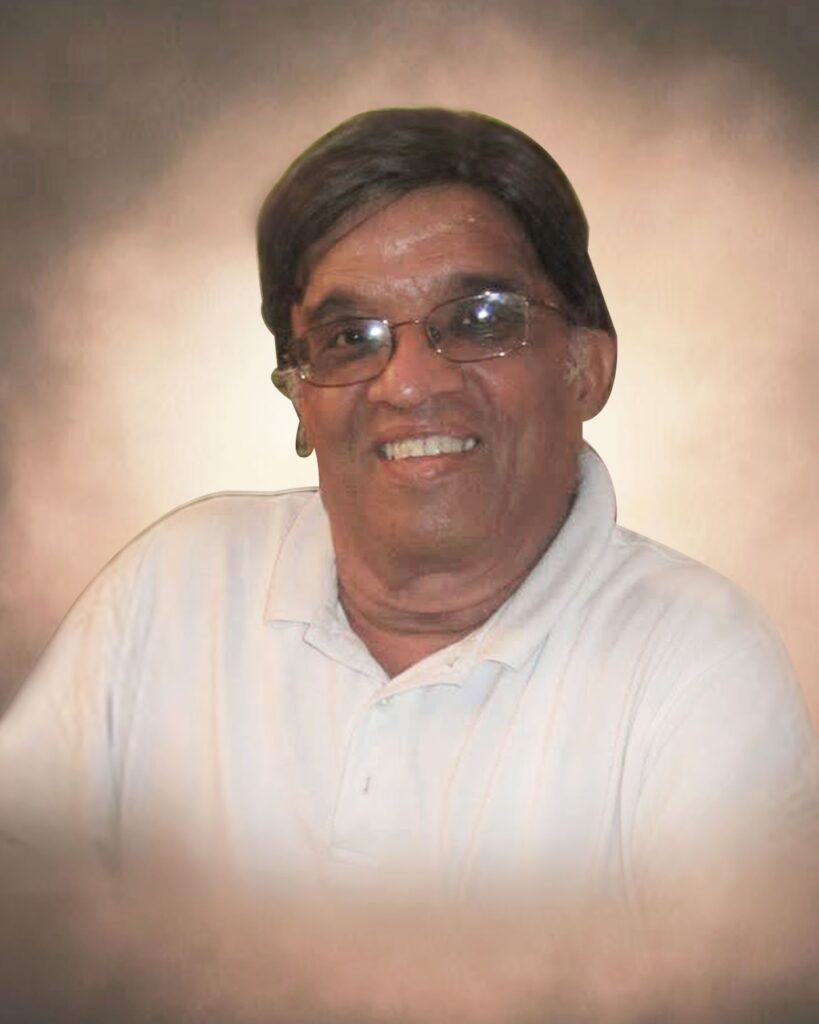 Ram Ramchandani, age 78, of Foothill Ranch, California passed away suddenly on July 3, 2022 in his home from coronary disease.

Ram was born in October 1943 in Indonesia to Vimla and Jairamdas Ramchandani. Ram was the third child with two older sisters, Gunn and Padma, and a younger brother, Puran. As a child, Ram enjoyed reading Tarzan comic books and playing games of carrom and marbles. He also had a fondness for snacks from the local street vendors and would frequently reminisce about the food so spicy he felt it on his fingers first. Ram’s parents taught him the importance of education from an early age and made the necessary sacrifices to ensure he received the best training he could get in India. Ram honored his parents by being a good student and went on to pursue a trade school education.

In July 1973, family members arranged for him to meet his future wife, Vanita. They smiled at each other and a week later were married. They went on to spend the next 49 years together building a beautiful life with deep affection and mutual respect for each other that brought forth two beautiful daughters, Jyoti and Tina. Ram and Vanita shared an unbreakable bond and he was always there to be exactly the husband that he was needed to be. Until the end, they remained very much in love.

Ram’s greatest single attribute was his devotion  to his family. After immigrating alone to the United States for economic possibilities, he quickly brought his wife and then toddler daughter Jyoti over to join him.  Ram soon helped his parents, siblings and other extended family members immigrate as well, ensuring that the business success he was finding would be shared with others and the lives of their children and grandchildren would forever be altered by growing up in the land of opportunity. Ram raised his daughters to believe in themselves, work hard and to always do the right thing. He led by example, sacrificing of himself for the benefit of others. He cared for his parents in their old age, always faithful to his duty and commitment. In his later years, Ram’s grandchildren were the joy of his life. He relocated to Melbourne, Florida to help raise his grandsons and bonded with them over Yugioh cards, basketball and video games. When they had grown he relocated to Foothill Ranch, California to do the same for his granddaughter and bonded with her over Barbies, crafts and YouTube. His grandchildren never doubted his affection for them as he genuinely was enraptured by their presence, antics and interests.

Ram’s professional career started in the textile business, though as a serial small-business owner, he was not tied to one product. Over the years he established multiple businesses dealing in jewelry, beads, textiles, clothing and collectibles and at his height had a factory employing numerous individuals in the production of garments. Ram was customer-focused and developed deep relationships with his clients, always looking to find common ground rather than focus on differences. In his business dealings he chose honesty and fairness over deceit and guile. He was exceedingly generous with his time and resources, never hesitating to help someone or share in his knowledge.

Ram was Hindu by birth and practice and like many Hindus subscribed to a variety of religious beliefs including Sikhism. More than any one religious ideology, however, Ram followed the concept of dharma. Following one’s duty and always doing the right thing were exceedingly important to him, and anyone who knew him could tell he lived a life based on principle. He found comfort in daily prayers and believed that hope for the future fueled the present.

Ram is survived by his wife (Vanita), daughters (Jyoti and Tina), their partners (Naresh and Ben), and three grandchildren (Sanjay, Kishan and Alyssa). He is also survived by his sister (Padma), his brother’s wife (Shalini), as well as numerous nieces and nephews and their partners and children. He was preceded in death by his parents (Jairamdas and Vimla), his brother (Puran), his sister (Gunn) and his brothers in law (Vishu and Ravi).