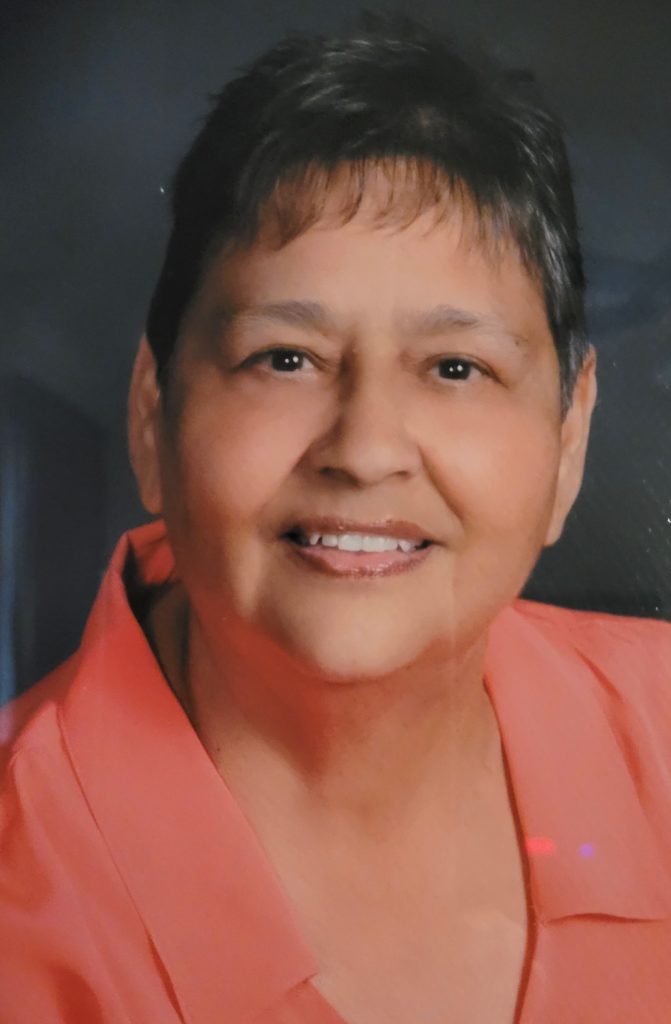 She was born September 10, 1946, in Silver City, New Mexico to Larry and Martha Dominguez.  Rachel moved to Azusa, CA when she was in middle school with her family.  After graduating junior college, Rachel met and married the love of her life, John C. Ruelas Jr., and planned a “wedding of the century” with over 800 people in attendance.

She devoted much of her time and energy to her family and friends including her mother until she passed away at 78. For Rachel, being a mom was her greatest joy.  When her son played baseball, she served as the little league president.  She never missed an event.  Up until her death, anyone who got behind her in traffic would see her license plate “JCs Mom”.

Once J.C. went off to college, she began her career- retiring as an Executive Assistant for the Irvine Company after 20+ years.

Annually, Rachel spent time at her families’ remote New Mexico ranch where she essentially “unplugged” and enjoyed the tranquility and simplicity of the wilderness with family- and over 60 miles from the closest town.

Rachel loved travel and road trips- particularly if they included stopping at a casino or two along the way.  She was an amazing cook sourcing rare chili peppers for her signature dishes.   She enjoyed decades of Knights of Columbus events throughout the states, and she was a huge Angel fan- attending the Spring training in Arizona annually.

Rachel was one of the founding members of the Santiago de Compostela Church which she attended for over 40 years, and she worked with various charities and organizations including The Knights of Columbus.

Rachel is survived by her husband, John C. Ruelas Jr., two sisters, Irene Sullivan and Katherine Miranda, a brother, Roque Dominguez and her father, Larry Dominguez, two grandchildren, and many nieces and nephews.

She was preceded in death by her mother, Martha Dominguez, and her son, John C. “JC” Ruelas, III.

A mass and Celebration of Life will take place on Friday, January 7, 2021 @10:00 AM at Santiago de Compostela Church.