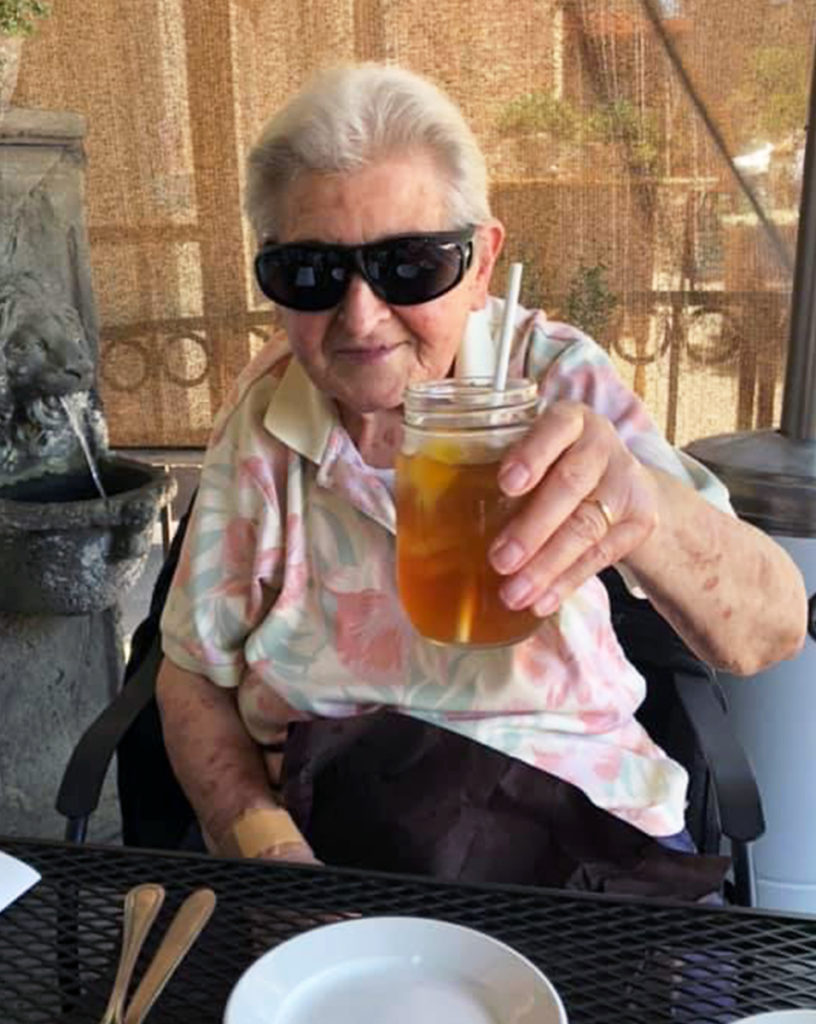 Pierina Castiglione passed away on March 25th at the age of 82 years, with her children by her side.  She was born in August 1938 in the Province of Rovigo, Italy.

After immigrating to the United States at the young age of 21 to live with her Aunt Maria, an accomplished Broadway seamstress, she met and married her husband of 60 years, Alfred, also from Italy. She was a loving wife to her surviving husband; mother to her children, Vincent and Francesca; mother-in-law to Vincent’s wife, Maureen; and close with her sister, Licinia. Pierina dedicated most of her life raising her family in New York, and later, spent winters in Florida. More recently, she and her husband moved to California to enjoy living in the company of their daughter in Orange County.

Pierina was an accomplished cook, spending many happy moments in the kitchen preparing dishes from her beloved Italian homeland” her famous homemade “cappelletti” was an all-day affair and a sought-after recipe that many a Michelin starred chef would covet.  Sundays were rarely spent without the Italian tradition of family and friends at an extended (mid-afternoon to late evening) dinner with homemade “gravy” for the pasta and her well-known roast beef with several side accompaniments. If the family was not at Sunday dinner, they were enjoying an all-day gathering at Sunken Meadow beach on the north shore of Long Island. Pierina also enjoyed occasional travel with her husband and kids.

In the 70’s, she found a passion in baseball and fell in love with the NY Yankees on WPIX, Channel 11. Pierina was often glued to a 19″ black and white TV cheering on the great Yankees championship teams of that era. She also loved popular American soap operas and later in life was passionate about Latino telenovelas!

She enjoyed sewing, visiting with her friends and phone conversations with family who remained in Europe. Pierina and her husband made sure that their children spent summers with family in Italy and that they proudly embraced their Italian heritage.

Pierina will be missed by all who knew and loved her, and we are comforted that she’s at peace in Heaven.

Viewing will be on Thursday, April 1, from 7-9 pm at O’Connor Mortuary in Laguna Hills, with her funeral Mass at St. Kilian’s Church in Mission Viejo on Friday, April 16 at 10:00 am and interment at Ascension Cemetery in Lake Forest immediately following. In lieu of flowers, donations can be made in Pierina’s memory to St. Jude’s Children’s Research Hospital.