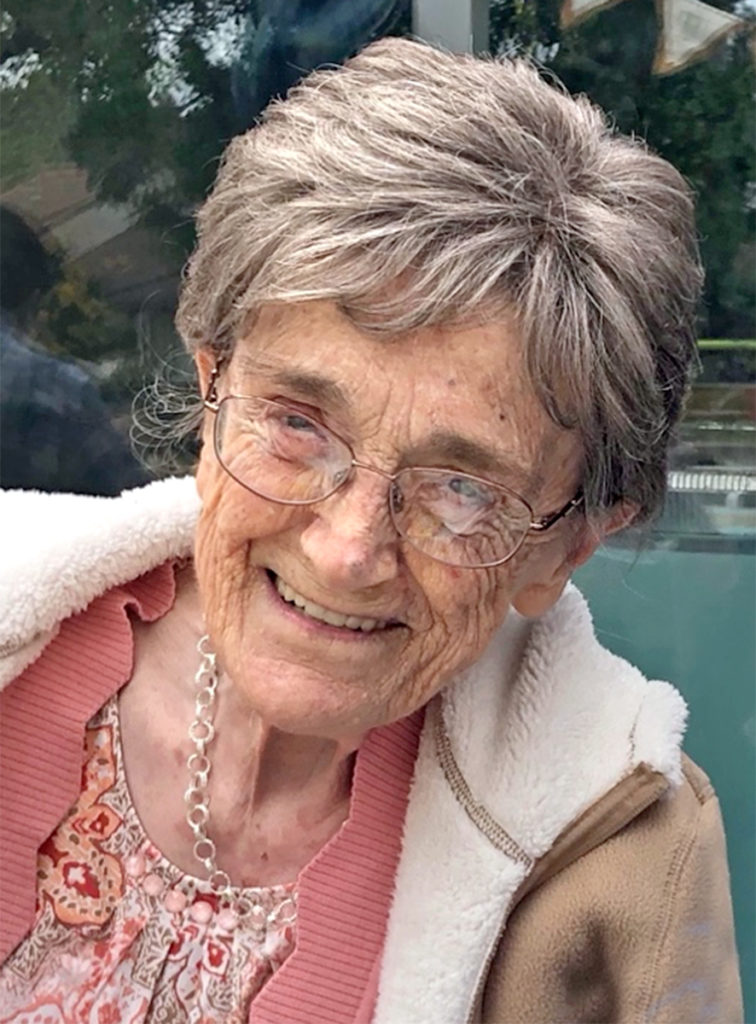 She was raised by her Aunt in Hempstead, NY and loved music, playing second violin in the high school orchestra. In her senior year of high school the orchestra played in Carnegie Hall in New York City. She graduated high school with a nursing scholarship but was unable to attend college. She then went to work at Nassau County Hospital in a clerical position.

In 1954, she met Phil Tilden at a church social and they were married when he graduated high school in 1956. They had two sons, Philip Jr and Peter. She raised them at home and didn’t return to work until they had left for college and careers.

In 1964, they moved to Southern California and settled in Orange. They bought a new home in Mission Viejo four years later. In 1984, she started a sixteen-year career with Kaiser Permanente at an OB-GYN clinic in Anaheim and retired in 2000 with full medical benefits.

She and Phil loved to sail, even though Phyllis couldn’t swim a stroke, and they lived on their boat for six years in Shoreline Village Marina in Long Beach. In 1994, they moved to a retirement community then called Leisure World, now Laguna Woods Village, and lived there twenty-one years. They then moved “down the road” to Freedom Village in 2015.

The two boys married and between them produced five grandchildren and seven great-grandchildren. All but one family live in south Orange County and she saw them every week at a weekly family luncheon.

Phyllis loved everything about Freedom Village, her sunny porch overlooking the rose garden, the many activities and trips to shows and restaurants, and most of all the friends she met, both residents and staff. And she always had a smile for everyone.