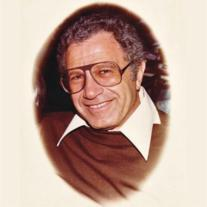 He graduated from Madison High School in 1945. He enlisted in the United States Navy September 7, 1945, where he served until his Honorable Discharge on August 13, 1946. He graduated from the University of California at Los Angeles, earning a Bachelor of Science degree in Business Administration in 1952. He was a member of Lambda Chi Alpha Fraternity.

Philip was employed by Connecticut General Life Insurance Company as a salesman in 1953. He was their leading producer for over twenty years. He served as President and Chairman of Connecticut General’s Executive Committee and was a member of the insurance industry’s Million Dollar Round Table.

Rosary at O’Connor Mortuary on Friday March 23 at 7:00pm. The funeral service will be at San Francisco Solano Church in Rancho Santa Margarita on Saturday March 24 at 10:30 a.m. Reverend Craig Butters will be the officiant. Reception at Dove Canyon Country Club following the ceremony.

In lieu of flowers please make a donation to the Parkinson’s Disease Foundation www.parkinsonsdiseasefoundation.com