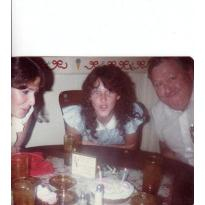 Philip Roland Fagan passed away at the age of 75. He was a kind and caring family man who was proud of his Irish-Italian heritage. He was a devoted husband, father and son who shared his love of the ocean, animals, drawing and cooking with all who knew and loved him. Philip was born in Newport, Rhode Island on January 28, 1933 to Philip Augustin Fagan and Dina Regina Uperti Fagan. The family moved to California when Philip was 10 years old. The family settled in Long Beach where Philip attended Saint Anthony’s high school. Philip served in the Army during the Korean War and graduated from California State University Long Beach, with a bachelor’s degree in engineering with a minor in history. He had a 34-year long career as an aerospace engineer in Advanced Systems with Rockwell International where he retired from the Satellite Systems division in 1988. Philip married Joan Ann Davis in 1956 and together they raised six children in Cypress, California. It was their dream to someday live in a house near the ocean. This dream materialized when Phil and Joan moved to Laguna Niguel in 1988. He is preceded in death by his parents, and his wife of 47 years. He is survived by sister, Nadine Morella of Texas, children Patricia Gray, Philip M. Fagan, Jennifer Fagan, Jeffrey Fagan, Hilary Seleb and Michelle Allen, 16 grandchildren and 6 great-grandchildren.

Services are to be held Wednesday, December 17, 2008, 10:00 am at Mission Basilica, San Juan Capistrano, followed with the interment of both Philip and Joan Fagan at Ascension Cemetery in Lake Forest, California.