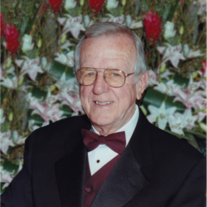 Philip ‘Phil’ Mendel was born December 12, 1936, in New Orleans, Louisiana. Following in the footsteps of his older siblings, Phil joined the armed services and was a Navy corpsman. After basic training Phil was stationed in Southern California. In 1958 Phil met and married Joel ‘Jody’ Mendel. Together they settled in Laguna Beach and created a wonderful life with their four children Lee, Leslee, Elizabeth, and Lawrence. When it was time for a bigger house the family moved from Laguna Beach to Mission Viejo.

Phil was a contracts manager for Hughes Aircraft Company for 28 years; on weekends Phil would take the family to the beach or camping. Easter and summer vacation brought many camping trips to O’Neil Park, Slide Rock Arizona, Yosemite, Kings Canyon, and cross country trips to see family in New Mexico and Louisiana. Phil was active in his childrens’ activities coaching Bobby Sox Softball, Little League, and Mater Dei Band. After retiring from Hughes Aircraft Company, Phil and his wife hit the road in a Bounder Motorhome and took numerous trips around the US visiting family and friends and enjoying the many National Parks. When not traveling in the motorhome, Phil and Jody cruised the high seas visiting numerous ports in Europe including Greece, Italy, Russia, Germany, Turkey, Sweden, Denmark, and more. A favorite cruising destination was Alaska, so much so, that for their 50th wedding anniversary, Phil and Jody took the entire family on an Alaskan cruise to celebrate their milestone.

When not traveling Phil was extremely involved in various church ministries at St. Kilian Catholic Church, including Peanut Butter Ministry, the Fish Fry, Oktoberfest Book Nook, Vacation Bible School, and the food pantry. Phil was also a volunteer with the American Red Cross Disaster Services managing the offsite warehouse in Laguna Niguel, driving the Emergency Response Vehicles, assisting with the Logistics group and setting up shelters.

In lieu of flowers, donations can be made to The Leukemia-Lymphoma Society in honor of Grandson Nathan Figueroa.