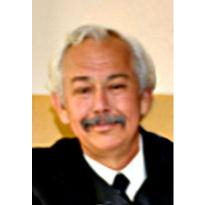 Phil was born January 18, 1949 in Maywood, Illinois. In 1967, he graduated from Westchester High School in Westchester, California and served in the California Army National Guard from 1969 to 1975 as a helicopter crew chief. He attended College at Pepperdine and Antioch Universities. Pursuing his interests in aerospace, Phil was employed by Continental Airlines, Rocketdyne, and Boeing Corporation making contributions to space exploration. He retired from United Technologies Corporation in 2009.

Phil participated in a myriad of community groups. He was a member of an Experimental Aircraft Association chapter and volunteered in service projects, including the P.E.A.C.E. Garden at Saddleback Church. While enjoying retirement, Phil enrolled in Horticulture courses at Saddleback Valley College and spent a great deal of time with his grandchildren. A spiritual man, Phil found great strength in his church family, and in fellowship of others. A kind and passionate man, he enthusiastically shared his wisdom, expertise, and humor with anyone who listened. His greatest gifts, however, are his progeny, and we feel fortunate to have had him in our lives. Phil will dwell within our hearts and souls for eternity.

Mr. Seeger is preceded in death by his father Frederick Charles Seeger and his mother Geraldine Roberta Seeger. He is survived by his sisters and brother-in-law Roxanne and Dan Gerstenberger of Maui, Hawaii, Debbe and Jim Fallon of Santa Clarita, CA; daughters and sons-in-law, Andrea and Paul Scott of Kenai, Alaska, Heidi and Victor Fimbres of Palmdale, California, Jessica and Brian Patten of Aliso Viejo, California; grandchildren, Brittany, Kristen, Liberty Scott of Alaska; Jasmin, Steven, Ryan, and Victoria Fimbres of California, and Connor Patten of California; nephews Ron Henry and Jimmy Fallon; niece Sarah Fallon-Leng; and many other extended family members.