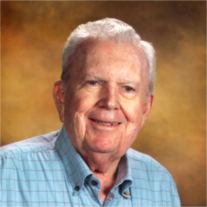 Philip Burton Wagner, born on January 22, 1930 in Riverside CA, passed in his sleep on August 3, 2016. He is survived by his wife Cathy of 54 years; his daughters Maria Chappelear (Duke) and Sheila Lynch (Marty); his son Burton (Veronique); 5 grandchildren; his sister Maureen Earl; as well as many nieces and nephews. He was preceded into death by his second daughter, Karen Anne.

He enjoyed researching his Irish family history, football (especially the Rams before they moved), Indy car racing, doing crossword puzzles and reading the newspaper. He was an avid family movie maker starting his movie making career with an 8 millimeter and graduating to using his IPhone 5.

He will be dearly missed by all those who knew and loved him.

4 responses to Philip B. Wagner