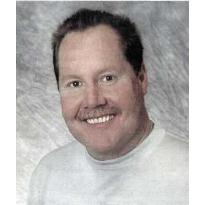 Peter John Gorman died on April 4th at home, surrounded by friends and family after a long and valiant battle with cancer.

At the time of his death, Peter was a Senior Vice President for Wachovia Bank formerly WFS Financial managing their entire retail collection operations. Peter was an innovator in the application of technology and metrics to the collection process and was a frequent speaker at conferences on this topic. Peter will be best remembered for his mentoring and people development skills. He was very skilled at applying technology to help develop the skills of his associates’. Peter began his career in collections at Bank of New York in Buffalo, New York and worked his way up to his current job with progressively more responsible roles.

Peter’s career was not his only focus giving of his time and money generously to various local charities and organization including St Joseph’s hospital and the San Diego zoo. Peter’s lifelong love of animals drove his involvement in the zoo. As a young boy he often brought home stray dogs and begged his mother to feed them – once filling the family car parked in the driveway with several dogs and sneaking food out to them.

Peter, a devout Catholic, was an active member of St. John Neumann in Irvine. His devotion began in childhood while visiting Saint Anne de Baupres in Quebec he knelt and prayed with his grandmother on every step leading up to the cathedral. Peter also was an altar boy at St. Andrew’s in Tonawanda, New York.

Peter, a lifelong New York Yankee fan, had the opportunity to meet many former Yankee’s during his life with a conversation with Bobby Murcer being among his favorites. Peter had tickets to opening day in Yankee stadium, a Christmas gift from his brothers and sisters which he could not attend.

A gifted athlete himself, Peter played several varsity sports in high school and was always coaching his nephews and nieces on the finer points of basketball and baseball.

Peter loved to travel. It was in fact his love of adventure that caused him to move first to Chicago and then to southern California. Peter and his family took an extended trip around the Ring of Kerry in Ireland where all the good Irish whiskey was sampled. Peter also visited Lourdes while vacationing in Paris. Peter traveled far and wide and always enjoyed good food and wine. One could say that Peter’s motto for life was ?Live well, love much and laugh often?.

Peter took a very active role in the lives of his many nephews and nieces attending all of their important life milestones. He loved introducing them to sports in general but to the Yankees specifically.

Peter is survived by his wife Laura and sisters Diane Braunscheidel and Suzanne Walters and brothers Patrick and Paul as well as numerous nieces and nephews.

Donations in Peter John Gorman’s honor may be made to anyone of the following: