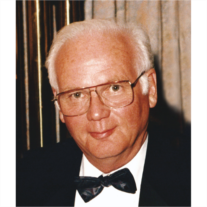 Pete (Pieter) Johannes Vos passed away silently and comfortably at the age of 88 in his Trabuco Canyon home with his family at his side. He was a kind and gentle man, of great character and patience. He was incredibly hard working and willing to take on new challenges with equal parts humility and intelligence. He was an inspiration for all of us.

Pete was born in Amsterdam, The Netherlands to Marie Moerman and Pieter Johannes Vos. He was raised in Hoorn, The Netherlands, along with his 4 siblings. His youth was interrupted by the onset of Nazi occupation of the Netherlands during World War II. His parents concealed Jewish individuals and families during this period and he had to eventually “dive” underground as well. After the war and his education, he joined the Dutch Army for 3 years and served as a Corporal in the Netherlands and the Dutch East Indies (now Indonesia). Upon his discharge, he returned to Holland where he worked in a department store and met his future wife, Hennie Jacobs. They were married in 1954 and a few years later had a son, W. Peter. They immigrated to Southern California in late 1962 and became naturalized US citizens in 1974.

In early 1964, Pete started working in the warehouse of the Menda Company where he rapidly advanced, ultimately attracting the attention of a businessman named Sidney Morehead. In 1967, Pete was invited and joined the Sydney M. Morehead Company, a fledgling reading glass and mirror company in Covina, California. Pete purchased the company in 1977 and it developed into a very successful family business that imported and distributed reading glasses and other household goods into the national retail marketplace. The company existed for another 37 years and was based in Long Beach, California. Pete was known worldwide for his fair and honest business practices as well as his meticulous attention to detail. He commanded respect just by being the man he was and by how he lived.

After moving into their first home in 1966, Pete served as an elder at his church in Covina. In 1979, Pete and Hennie moved to Lake Forest where he continued developing his skill at building the business, as well as constructing a variety of items necessary to make a house a home. They moved again in 1994 to their new “home-on-the-hill”, a home that reflected their efforts and achievements. He was passionate for giving to different charities until the time of his passing. Pete enjoyed traveling with his dear wife and they visited more than 50 countries on 4 continents. His memory of places visited was always sharp – when asked, he could recall the names and experiences as if they were yesterday! As owners of self-built businesses are prone to do, Pete really didn’t retire on any set day, it was more of a process. But finally, he did so, and yet was always willing to answer questions and offer insight and advice.

He is survived by his wife of 61 years, Hennie; son W. Peter; daughter-in-law Linda; and granddaughters Cambria and Chelsea. He was predeceased by his 3 brothers and 1 sister.

He was an extremely honest, friendly, quiet, and sincere man who was loved and respected by all who knew him. His departure leaves a huge hole in our hearts and lives, and we can only find solace in the fact that he is definitely in a better place now.

A memorial service will be held on Monday, May 9th at 10:00 a.m. at O’Connor Mortuary in Laguna Hills, California. A Celebration of Life will follow at the Kobe Grill, Foothill Ranch, California. In lieu of flowers, he would have appreciated a donation in his memory to the American Heart Association.