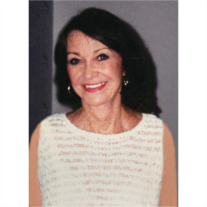 Born March 9, 1934 in Moosic, PA, to the late William and Margaret Ford, she was raised in the Wilkes Barre area and attended Hanover High School. The oldest of four children, Peggy went on to begin a career in retail sales as a buyer in New York. While raising a family, she would continue her career in fashion and the arts.

Peggy married William Kay in 1976, combining their two families of 8 children. They were happily married for 27 years, until Bill passed away in 2003. She and her husband were avid sailors both in Maryland and in California. Throughout her life, Peggy maintained her interests in antiques, fashion, and classic movies. She enjoyed patronizing the theater and operas, and it brought her great pleasure to cook and to host extended family gatherings.

Peggy was widowed by her husband Bill Kay, and was preceded in death by her sister Maureen Lempp, step-son Scott Kay, niece Kim Lempp, and her infant son Joseph Hatch.