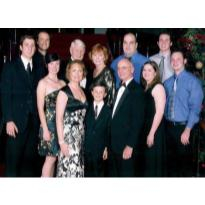 Peggy Maly-Stamm was born on February 18, 1935 in Joliet, Illinois, the daughter of John McCallum and Eva Ward. She was married to George A. Maly, Jr. for 45 years. They had 3 children together. Peg moved to California in 1975. In 2005 she married Donald Stamm, with whom she enjoyed her final years.

She loved to travel. She cruised to Alaska, Hawaii, Mexico and the Greek Islands. She traveled throughout Europe with family and friends and enjoyed many trips in Mazatlan and Honolulu, her favorite spots. She loved entertaining at home.

Peg worked early on as a Secretary at Northwestern Bank, Chicago, Illinois.

12 responses to Peggy A. Maly-Stamm